NBC has picked up another Abrams project and given it a pilot commitment. That’s right, it’s the much talked about show that features ex-castaways Terry O’Quinn and Michael Emerson. The show has been described as a comedic drama, was said to have the working title Odd Jobs and will feature the two men as former black ops agents. The report states that Josh Appelbaum and Andre Nemec (Alias) are writers and executive producers and Abrams and Bryan Burk are also executive producers. 更多 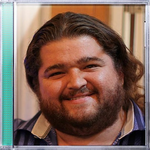 Now, I've never been a particularly huge Weezer fan. They're an okay band, of course; I like "My Name is Jonas" just as much as the next disgruntled teenager, and I can nod my head to "Pork and Beans" just like anyone else. But I don't own any of their albums; they simply haven't made enough of an impression on me for me to spend $15 on a CD. That's about to change, and it's all Jorge Garcia's fault. Weezer is putting out an album titled Hurley later this year, and you know its got to be good just by looking at the cover art. 更多

It's the last episode of LOST ever. "The New Man in Charge" is a little mini-episode that follows the events of LOST's series finale, and it totally defied expectations while at the same time meeting them head-on. First of all, I need to clarify something: the spoilers that DarkUFO posted of the epilogue which claimed a Locke appearance and a Walt disappearance? It was almost entirely false, so consider yourself relieved if you had any spoiler-anxiety going on about having ruined your last LOST experience for yourself. Intrigued yet? You should be. The entire epilogue is sure to keep fans talking for at least a few months more with all the answers it hands us — and there are a few surprises that should have even the most casual fans grinning like maniacs. 更多