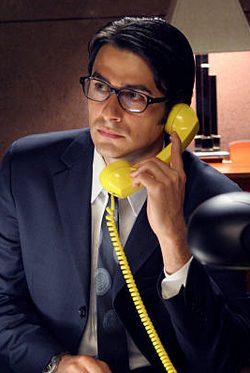 This young man worked in the Widmore Industries for Penny. One day, he received a mysterious phone call, then burst into a board meeting with a dot matrix print-out at his hand, and shared information to Penny that "they found it." ("Live Together, Die Alone, Part 2")

Retrieved from "https://lostpedia.fandom.com/wiki/Young_man_(Live_Together,_Die_Alone)?oldid=1115859"
Community content is available under CC BY-NC-ND unless otherwise noted.