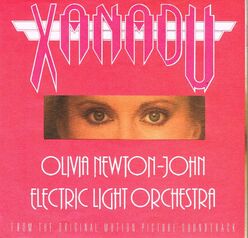 "Xanadu," by Olivia Newton-John & Electric Light Orchestra (from the musical Xanadu), is a song featured in "Eggtown" in which it was heard on the TV when Hurley played the film on the VCR in his and Sawyer's house.

Retrieved from "https://lostpedia.fandom.com/wiki/Xanadu?oldid=1082558"
Community content is available under CC BY-NC-ND unless otherwise noted.