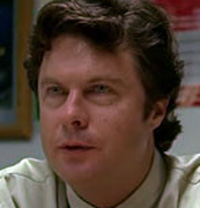 Warren Goldberg was the man John played a war game with during his lunch break while working at the box company. He was also earlier heard on the phone with John arranging their meeting. He called John "Colonel", and was himself referred to as "GL-12".

He was probably a close friend of John's as he knew who Helen was. Both seemed to enjoy playing their game, evident by giving each other army aliases. Both also seemed to dislike their boss Randy.

Retrieved from "https://lostpedia.fandom.com/wiki/Warren_Goldberg?oldid=1095278"
Community content is available under CC BY-NC-ND unless otherwise noted.