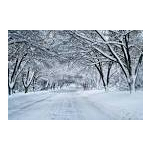 Hi, welcome to Lostpedia! Thanks for your edit to the User:Namasmarius/Main Characters page.

Please familiarize yourself with the Spoiler Policy. Spoilers are NOT permitted on the wiki, including community blogs. Any spoilers on the wiki regarding Season 6 will result in an instant and permanent ban. If you wish to read or discuss spoilers please visit our Spoiler Discussion Forum. (Please be aware that this message is automated, and does not mean we believe you are posting spoiler material)

Thanks for your note on my User talk page. Trust me, I want to write more, but currently, I'm in college, so I don't have a lot of free time to write. However, I'm still constantly thinking of ideas for chapters (for example, when I get bored in class, which happens consistently sometimes) I write down small notes of ideas for upcoming chapters. I have some ideas of where I'm going with certain story lines and I plan to finish off the season. Thanks for reading my stuff. Feel free to leave messages on my User talk page if you have any specific comments about my chapters. --Crash815 Talk 23:29, March 20, 2010 (UTC)

Thank you! I've created a new website for my story: http://itneverends.wikia.com/wiki/It_Never_Ends_Wiki

OK< if you don't mind. I will start writing tommorow. I felt myself yesterday sick. Today I need some rest and then I will post it to your talk page. —The preceding unsigned comment was added by Station7 (talk • contribs) .

I can't edit making a page, possibly because of Wikia, but I haven't write the story yet. Be patient :) —The preceding unsigned comment was added by Station7 (talk • contribs) .

Yes, but I can't make a page for it. So should you do it for the Mother's Trail Wiki when that story is done. So now I make unsigned messages because I can't sign them, possible because of Wikia or my computer. —The preceding unsigned comment was added by Station7 (talk • contribs) .

It's alright with me. But you have to calm down a little bit. You're signing me at least 10 messages everyday about the story. Please calm down with this behaviour. I have also an own life. I don't mean this hard, but I'm also editing on much more Wikis who I help. --Station7 13:52, October 10, 2010 (UTC)

Well, we knew that Penny had one half-brother already (Daniel Faraday). Now we learn that she has another brother, Noah. Who is he? Another half brother? Widmore's son? Her mother's son? A brother from both? You'll just have to wait and see. --Crash815 Talk 21:33, October 16, 2010 (UTC)

RE: Did past characters return

I'm not sure who's going to return yet. I'm trying to figure out what flashback/flashforward/flashsideways stories to tell. Remember that I'm also using all of the TV show main characters now, so I'm able to use Locke, Michael, Shannon, Boone, and all the rest. But because I've still got lots of my characters too, it's definitely possible that we'll see many of the other characters again. You'll just have to wait and see. Who would you be interested in seeing more of?--Crash815 Talk 22:38, October 20, 2010 (UTC)

Maybe the reason nobody follows your fan fictions is because you start a new one every week. Julietfan2626 Talk Blogs 14:31, October 24, 2010 (UTC)

that doesn't matter, you just made an entire new fanfiction and your probably scrapping the other one, so its just a waste of time for me and you Metroid101 14:45, October 24, 2010 (UTC)

RE: Characters in FST

RE: Your fan fiction

RE: Done is Done

I think you meant Karen DeGroot. As for the question about Mittelwerk's knowledge of Sawyer, Juliet, etc being with DHARMA, you'll just have to wait and see. --Crash815 Talk 23:11, November 27, 2010 (UTC)

Please, stop with asking people if they read your story. It's kind of annoying and you will do this more to me, i won't read. Just to let you know. I think Julietfan doesn't like it to. If they don't read, they don't read. That's the truth.--Station7 20:23, November 30, 2010 (UTC)

Want us to ban you?

Thanks :) Sorry that I haven't posted a chapter in a while. I need to spend some time figuring out where I want the story to end and how I want to get there, but hopefully I'll have another one up before I start school again. --Crash815 Talk 17:35, December 23, 2010 (UTC)

Hey, sorry for giving you a bit of a hard time. Hope you are ok!

Who is that in your profile pic?

The actual conversation between Hurley and Walt about what he was going back in time to do, we didn't see. We saw a VERY small part of that. If you look back at Chapter 7.09, at the beginning of the scene in the Orchid station just before Rachel comes down the elevator, we are told that Hurley had just finished explaining the task to Walt. So we didn't actually see what Hurley had told him. And of course, Hurley knew about Naomi and the radio tower. And he'd heard Locke talk about "taller Walt". --Crash815 Talk 14:26, March 24, 2011 (UTC)

Retrieved from "https://lostpedia.fandom.com/wiki/User_talk:VampireFan1996?oldid=1107947"
Community content is available under CC BY-NC-ND unless otherwise noted.