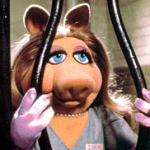 Thanks for the welcome!

Hi, Just wanted to leave a note to let you know we now have the Chat Feature. Today was the first day we have used it and apparently, we cannot see each others posts. Would you mind checking to see what may be causing this issue. Thanks....--Just Sayin' JSTalk LBC LBCTalk eMail 19:57, August 3, 2011 (UTC)

FedericoF says he is currently using IE8, however, he plans to download Chrome to see if it will help him participate with the Chat Feature. Thanks for your help today. --Just Sayin' JSTalk LBC LBCTalk eMail 01:34, August 4, 2011 (UTC)

Apparently, FedericoF still is unable to use the Chat Feature, even with the Chrome browser. Any ideas on what can be done to help him? Thanks...--Just Sayin' JSTalk LBC LBCTalk eMail 02:07, August 4, 2011 (UTC)

Another user, Baker1000 is also experiencing issues with the Chat Feature. He usually uses IE7, but did try using Firefox. Although, we can see his comment, apparently he does not see anything. Also, Federico7's avatar remains in the Chat as though he's there, even when he's left the site. It's been there since we were chatting yesterday. As always, your support is appreciated. Thanks! --Just Sayin' JSTalk LBC LBCTalk eMail 21:42, August 4, 2011 (UTC)

Yes, the chat window hasn't got the names of other users and when I send a message, it looks like I didn't send anything, it's blank. Also I downloaded Chrome to see if the problem dissapeared, but no, it's still there.

Gosh, unfortunately I'm not sure what's happening. One more thing -- maybe try the chat on another wiki, just to make sure it's not Lostpedia specific? Lostpedia has some extra community-generated css that may be interacting with the chat in a weird way. Maybe try it on Community? -- Danny (talk) 00:37, August 5, 2011 (UTC)

I opened the window of the chat in Community Central, but it's the same thing there, I don't see any user and everything is blank!

P.S.: Thanks for trying to help me, I want to chat with Lostpedia users. :)

Screenshot of the problem

This is a screenshot I made about the problem I have with the Lostpedia chat:

If it is specific to Lostpedia's CSS wouldn't more of us have an issue with the Chat? Where do Federico and Baker go now for help? Would that be Special:Contact or someone here more familiar with Lostpedia's CSS? Thanks for trying to help us. We appreciate your time and know you're busy. --Just Sayin' JSTalk LBC LBCTalk eMail 14:58, August 5, 2011 (UTC)

Yeah, thanks for sticking with this and giving me more info! I was hoping this was something that I can figure out, but I'm out of ideas now... I'll ask one of the engineers working on Chat for help. I'll let you know what I find out... I'm really sorry for this inconvenience. -- Danny (talk) 17:47, August 5, 2011 (UTC)

OK, Thanks and we'll wait to hear from you then. Again, we appreciate everything you're doing to resolve this issue. --Just Sayin' JSTalk LBC LBCTalk eMail 18:48, August 5, 2011 (UTC)

Okay, I talked to the engineer. He said Federico and Baker could try using this URL -- http://lostpedia.wikia.com/wiki/Special:Chat?nosockets=1 If that doesn't work, then he can try a fix to the code on Monday. (He's in Poland, and it's late Friday night there now.) Let me know how that URL works! -- Danny (talk) 19:25, August 5, 2011 (UTC)

That link worked perfecly, I can chat now! Thank you very much for your help, Danny! :D

Retrieved from "https://lostpedia.fandom.com/wiki/User_talk:Toughpigs?oldid=1043100"
Community content is available under CC BY-NC-ND unless otherwise noted.