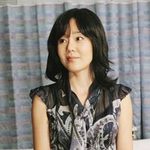 Hi, welcome to Lostpedia! Thanks for your edit to the Yunjin Kim page. When you post messages to talk pages, please remember to sign your remarks by typing four tildes (~~~~) or by using the

Hi, I've noticed that Sun is your favorite character and I just wanted to say that she's my favorite character too. :) She's just awesome. I'm surprised that Yunjin Kim has never been nominated for an Emmy because she's an outstanding actress. --SethFlight815 03:47, July 20, 2010 (UTC)

i see! i know that asian spellings in english are often confusing for confusing reasons... all i know in korean is that 'yiaao' is a cat, 'mung mung', is a dog, and that i want to try live octopus one day! hahah (i even wanted to try it before oldboy) Dogandpanda 00:04, August 5, 2010 (UTC)

ah, i just wondered because it would be funny if the character ended up with the same name as you, no? then again.... i have the name of a lost character's child too. (i won't say which hahah).. oh another korean thing i know is that i listen to jaurim. are they famous there? Dogandpanda 14:21, August 5, 2010 (UTC)

ahh, i use a website called last.fm, which lets you keep charts of what you listen to. then it makes recommendations.. jaurim was one of the recommendations! then, more recently, i met someone from korea through a friend, who was able to get me all of their CDs (i think it's all of them - though i don't have kim yoon-ah's solo CD)... what other korean bands do you listen to? i've heard there aren't any as good as jaurim haha Dogandpanda 14:37, August 5, 2010 (UTC)

thanks for the recommendations! are you a fan of tokyo jihen and shiina ringo as well? i've noticed a lot of fans of jaurim also like them.. Dogandpanda 18:24, August 5, 2010 (UTC)

yeah, shiina ringo is great! if you want some suggestions, maybe you can go to my page on lostpedia and click "email this user", and i can send you some that way? Dogandpanda 20:54, August 6, 2010 (UTC)

wow! it's impossible that SPAM would have such good musical taste, your filter should know better. yes, if you have a suggestion, i'd love to hear it - you can just reply to my email, i think! Dogandpanda 15:01, August 9, 2010 (UTC)

Hi, I'm FedericoF from Argentina (very far away :P), I found a korean version of Lostpedia, they haven't got many articles, but is in your language; here is it.

Hi SunHwa, Thanks for your nice post on my talk page. Although, we would love for you to participate, I know time can be precious. I hope you don't mind, but I copied you post so we can add your recommendation for Carrie to our list. We'll look forward to your commentary when we discuss this book. See you on the blogs...Enjoy your day! --Just Sayin' JSTalk LBC LBCTalk eMail 13:25, August 7, 2010 (UTC)

How are you? What you been up to? :P Julietfan2626 Talk Blogs 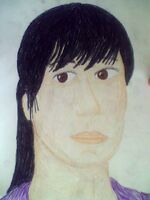 I uploaded Sun for you :)

It would being great if you could something writing in the story. We can't because...Julietfan doesn't nothing to write, and I do, but I can write 2 times, it would broke the rule. Also there's a mistake on your userpage. Do you mind if I fix it?--Station7 20:54, September 4, 2010 (UTC)

PD: Sorry for the delay, I had a lot of problems with Internet yesterday. :/

Have a nice day!

Yeah, I would like to have that cake too. xD

Thanks, SunHwa! :D (I was referring to your comment about my drawing) The chat isn't working. :/

I know what happened, users can't write in the shoutbox because the admins changed the skin of Lostpedia, the chat was disabled. :(

If you want to change the skin, go to "Preferences", then click in the tab "Skin", and finally press the button in "New Wikia Look" and save the changes.

Yes, I'm afraid that the shoutbox has been removed. :/

I returned today from my graduation trip, it was great! I found in Panoramio a photo gallery of the hotel where I stayed, here is it. Another thing... I'm following you in Twitter. :)

Nice to see you again too

Yes, I were in Neuquén a week, they was a lot of life and nature, the forests and fresh air; it was the best week in my entire life. But I have to say that I'm sad to see again the buildings, the cars and the pollution. :(

Really? I'll change the new skin to monaco right now, thanks for telling me, SunHwa!

I miss the time that we did write to each other ;) But we're not anymore online at the same time. Maybe tommrowo or Friday? My internship is going to start tommorow. I can plan it how I want it ;) --Station7 14:56, November 3, 2010 (UTC)

Basically, because we live in different time-zones, it might be a bit hard for you to find some of my blogs (especially the non popular ones) And I know you read my fan fiction, so I will help you and post the links to them on here everytime I make a new one :D.

You're welcome :) It's great to see you here again on LP.

Hey there, SunHwa. You can help me with something, if I am right. Your website is blog naver.com. Well, I saw that this site has Prison Break photo's. So simply said, can you copy them for me on my talk page here? --Station7 21:06, September 1, 2011 (UTC)

Hey SunHwa! Long time no speak!! Also, I want to thank you for still reading my story, even though it's been a year since I started! :P Anyway, I need your help with something in my story :) The next episode will be Ji's centric episode, so I need some help with some names for characters that are going to appear or be involved in her flashbacks! :D Okay, I need a name for:

No problem. ;) I hope I can see you on Twitter this days!

I uploaded the pictures for you.

Retrieved from "https://lostpedia.fandom.com/wiki/User_talk:SunHwa?oldid=1051818"
Community content is available under CC BY-NC-ND unless otherwise noted.