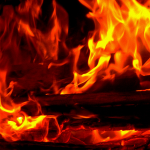 Hi, While your edits to the pages Science expedition member (man) and Science expedition member (woman) are appreciated, the names you added to their respective articles have not been mentioned on the show yet, and are therefore spoilers. While this may seem a small matter, it is important not to put any spoilers for future episodes on the wiki, because there's no real place to draw a line between major spoilers and minor spoilers; if we let in one, we'd have to let them all in. But thank you for your edits, and tomorrow night after the episode, you'll be welcome to add any and all information about these two characters. Thanks for understanding. -- Sam McPherson  T  C  E  19:06, 10 February 2009 (UTC)

How did you determine Miroe's name?

First, thanks. Second, please don't forget to sign your messages. Third, I don't think that looks like "Miroe" at all. It's either Moroe or Moiroe or Monroe, the third name being the most likely to my mind only because it's most common. But the second letter is definitely an "O", not an "I".  Robert K S   tell me  07:08, October 31, 2009 (UTC)

Hey, you added a load of new candidate names and numbers to the template, including "Baker". Since my name is Baker, that is pretty awesome. But where did you get the new names from?--Baker1000 17:47, November 20, 2010 (UTC)

Hey, sorry to bother you over fairly trivial stuff, but I wanted to clear something up about an edit you made recently on the "Sweet Expose" page. I looked up the motor pool battle scene, and I see what you're talking about there. Problem is, that's not the specific motif that is detailed in the list of appearances for that page. The list on Sweet Expose refers specifically to the motif for Nikki and Paulo; the six note (occasionally shortened to the first five notes) motif heard in the sound clip for that article. The motif you're referring to is a different action motif. That should probably get its own section on the minor motifs page. --Sylux96 18:24, May 31, 2011 (UTC)

Hello. I have blocked the user in question. However I have not protected your userpage as I do not know if you will be able to edit it once I have done so. May I ask why this user has such a grudge against you?--Baker1000 12:16, October 16, 2011 (UTC)

Are you sure that Michael appeared in the last episode? On Harold Perrineau's IMDB page, his last episode was Everybody Loves Hugo. Even on his archive footage section he doesn't appear in The End.

Retrieved from "https://lostpedia.fandom.com/wiki/User_talk:Sroczynski?oldid=1116241"
Community content is available under CC BY-NC-ND unless otherwise noted.