May I ask where you got Normal season3promo09.jpg (the Claire Littleton promo photo) from? Was it from an electronic press kit or a website? TransUtopian 02:03, 7 October 2006 (PDT)

Hi Sloths! Do you do your own screencaptures? If you have the S2 DVD, I was wondering if you could do us a favor and screencap a few from the Disc 7 special features section "Secrets From the Hatch": Specifically, there are several hatch Swan blueprints that flash by throughout this featurette. Also, if you have I Do, could you screencap a closeup of Ben's X-ray (in the OR scenes at the end)? Especially with the "St Francis" at the top of the x-rays. Thanks, and hope this is not too much trouble. --PandoraX 14:31, 19 November 2006 (PST)

Hi when you upload the logos can you NOT delete the older ones as well, i took time doing them and you just Removed them like they didnt exist, can you ADD to the logo list please..

Hi Sloths, very cool logo, but please see the talk on The Looking Glass page under "discussion". There's strong evidence of a little line thing in the logo. Would it be possible for you to change your logo in line with this? Thanks a lot! --Nickb123 (Talk) 14:27, 18 May 2007 (PDT)

Hey, in responce: if you look at the rabbit, and the circle, the circle is a darker colour white than ALL the other white in the whole symbol and can see the Rabbit's ears are on top of this darker circle. And not all the logos are two tone either... The Medical Station for example. So they CAN be more graphical

I tried to look for a better version, and I think Nickb123 ran it through image correction, but it doesn't look much better. That's all I have for now. Is there any way you could still make a clean logo from it? -- CTS  Talk   Contribs 13:23, 7 July 2008 (PDT)

No, I want it to be an actual DHARMA logo, not what's inside the logo. The oil drop is what's inside the logo, but I was wondering if you could make an actual DHARMA logo. It says you uploaded the Looking Glass logo on the left. How were you able to make that? The oil drop logo you showed me has a black background. -- CTS  Talk   Contribs 13:46, 8 July 2008 (PDT)

Unless it's showing up differently on my computer, the DHARMA logo you made has a BLACK background and NO black bars. All I can see is a grey oil drop in the middle. -- CTS  Talk   Contribs 14:07, 8 July 2008 (PDT)

The logo you made is great, but unless something's wrong with my computer, there's a glitch. If you type in [Image:Dharma oil.png], the logo appears fine (with a green background). But if you type in [Image:Dharma oil.png], it appears with a black background and you can't see the logo. If it isn't like this for you, then my computer probably doesn't show the right image. -- CTS  Talk   Contribs 14:15, 8 July 2008 (PDT) 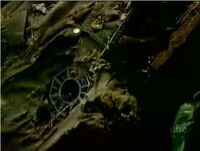 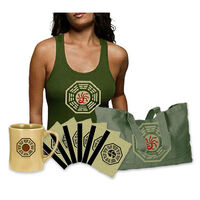 I was able to upload this logo from paint. I tried making the red hydra logo on paint but if I try to fill in the symbol with red paint it doesn't fill in right. Is there anyway you could make this one? -- CTS  Talk   Contribs 12:44, 12 July 2008 (PDT)

Retrieved from "https://lostpedia.fandom.com/wiki/User_talk:Sloths?oldid=736404"
Community content is available under CC BY-NC-ND unless otherwise noted.