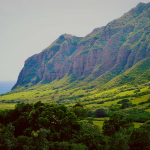 The picture you sent me was provided after the show along with other pictures from the Lost prop auction. I prefer that we don't consider these names canon on the Wikia. The Cliffside cave and The Lighthouse currently only list names that you definitely and undisputedly see during their respective episodes (The Substitute and Lighthouse) because these are the names that the show chose to reveal to us. In reality, the production staff had to write down 100 names on the cave wall and 360 names on the lighthouse dial. The show then chose to reveal some of these names because they were relevant to the story, and chose not to reveal others because the others were just names to fill space (but not necessarily intended for the eyes of the audience). Just because production staff wrote Eko's name on the lighthouse dial doesn't necessarily mean he was intended to be a candidate if the show didn't reveal his name during any episodes. I also think there's good argument for Eko having not been a candidate - he was killed by the MiB and he was on the Others' list to be kidnapped, even though they only kidnapped non-candidates otherwise. Either way, Cliffside cave and The Lighthouse currently require photographic evidence from the show (i.e. a screenshot from an episode) before a name can be accepted, and I just don't understand why we've accepted a different rule for Candidates. The result is a large list of names that contain guess-work or that weren't intended to be revealed to the audience --Villain fan (talk) 08:41, August 31, 2018 (UTC)

Small point, but MiB killed Montand indirectly (as he did with all other candidates). It was Robert holding onto Montand's arm and pulling back that caused his arm to rip off and thus his death. It's not the same as MiB just directly killing Eko as he did. Yes, Jacob may have revoked Eko's candidacy before his death, but I don't personally see any evidence from the show itself to suggest Eko was a candidate. It would also be bizarre for for Jacob to list Eko's name as "Eko" even if he was a candidate, given that was is first name and Jacob only listed surnames otherwise. This is another possible reason as to why the producers chose not to show his name during Lighthouse. Either way, I'm content enough with a notice above the candidates list on Candidates warning that a lot of the name come from sources outside the actual episodes and are not confirmed as canon. Really, the prop pictures should be far less accepted as canon than anything else like Mysteries of the Universe or even the Lost Encyclopedia, because ultimately the producers had no control over the prop pictures being revealed, while they did have a role in what information was released by any other means (even if that role was quite minimal such as in the case of the Lost Encyclopedia, for which they were just consulted over certain elements). Also I would strongly prefer it if Cliffside cave and The Lighthouse were not touched. Currently, they only list names that can be seen during the episodes, and I believe it should stay that way. A lot of the original admins are no longer active, but these matters were agreed on long ago, on talk-pages, by messages, and in the wikia's chat room.--Villain fan (talk) 11:27, September 1, 2018 (UTC)

Sure, a different photo might better. As you point out, only a few people voted last time, and they might have got it wrong. How about opening up a new topic on the talk page and seeing what current Lostpedia users think? If a couple of people agree to change, I won't stand in the way. --- Balk Of Fame ♪ talk 13:20, October 1, 2018 (UTC)

Hi again. I did notice your other edits on the Lost Encyclopedia page and didn't take issue, I agree that some of the entries there were over pedantic. That said, I've always felt quite strongly that it was an incorrect assumption that MiB appeared as both Locke and Christian simultaneously. While there are some suggestions that he might be able to appear in different locations at once, I think in this case, because we didn't see the scenes in chronological order, the writers of the book didn't realise that Sun and Frank's conversation with Christian takes place before MiB appeared as Locke on Hydra (even if it was only a few hours before). Perhaps it deserves a different heading than "erroneous conclusion" and I'd be fine with a new category being made for questionable entries like this, but I do think it should be noted on the page because there's just nothing within the show to suggest that MiB did actually appear as both Christian and Locke at the same time. --Villain fan (talk) 15:08, December 22, 2018 (UTC)

Hi again! I'm writing to let you know that Fandom now has an official Discord server for all Fandom and Gamepedia editors. You can learn more at the blog post. Let me know if you have any questions!

Retrieved from "https://lostpedia.fandom.com/wiki/User_talk:MrLockeIsAWarrior?oldid=1116276"
Community content is available under CC BY-NC-ND unless otherwise noted.