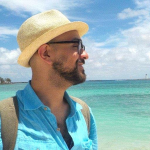 Hello Aobozu. I deleted your Dharma logo image since it is against LP:SP. Any images from upcoming episodes cannot be uploaded. Thanks! -- CTS  Talk   Contribs 19:30, 8 December 2008 (PST)

It wasn't mine. I only updated an image someone else uploaded. And this was posted by Damon and Carlton. It's not like they don't want it out there. I don't understand the purpose of having a Lostpedia if it doesn't tell you everything there is to know about Lost. --Michael Lucero * Talk * Contributions

It should also be said, for the purpose of records, that this image was almost immediately re-uploaded once it was decided it wasn't actually a spoiler issue. Good job, Lostpedia, and thanks for not giving me the credit. --Michael Lucero * Talk * Contributions

Thanks for the comment. I got really fuzzy when I was comparing "Because You Left" and "The Lie" to the Timeline. I wanted to say that the flash was after Kelvin was dead, but Desmond killed him the day of the crash. Besides, why would Desmond put on the HAZMAT suit after he had seen Kelvin remove it? I hope the table survives (plus new flashes). I think we'll be able to be more specific about the timing as the season goes on.--Jim in Georgia Contribs Talk 16:04, 24 January 2009 (UTC)

Hey, I was wondering why you keep changing the main picture for 5x13 to a picture of Miles. Uusually when putting a lead image, the picture should either show the centric character AND something relevant to the storyline. For example, for 5x06, Jack is seen onboard of flight 316, or for 5x12 we see Ben in the Temple. I believe that the picture I chose shows Miles AND presents the major storyline, which is Miles' daddy-issues. I'd love to come to a solution that will satisfy us both. :)  ODK  Talk  Sandbox  18:02, 16 April 2009 (UTC)

There were actually two reasons I changed the picture. The previous image (which I believe you recently reverted to) was slightly grainy, and also quite stretched. None of the other episode images were stretched in any way. Your image would be perfect, even better than mine, were it not for its low quality. The image I replaced it with is clear and non-stretched, and also shows Miles in his Dharma jumpsuit, next to the van, which refers to an aspect of the recent episode. Hope that clears things up. Michael Lucero * Talk * Contributions

Just so you know leaving a comment that says you disagree with everyone doese not make it ok to just change a picture like you did for 5x01, it was voted on and the Daniel pic was choosen over the Ben one, you dont get to favor your opinion over everyone elses. --Czygan84 05:14, 18 April 2009 (UTC)

I notice your signature still isn't being timestamped. I'm not sure why. My only guesses are (a) that you're signing with three tildes instead of four, or (b) that it has something to do with autosig templating. Try going to your user profile in your preferences and in "Signature" make sure the field reads {{User:Aobozu/autosig}}  Robert K S   tell me  07:26, February 24, 2010 (UTC)

Dear Aobōzu, My name is Ariel Brandt, and I represent a group of graduate students in the Information Management program at the University of Maryland. We are contacting you based on the amount of activity you have demonstrated in Lostpedia in the hopes that you would be interested in participating in a study approved by Lostpedia administrators to build visual maps of the social networks embedded in Lostpedia.

We hope that through our research we will be able to provide valuable information to Lostpedia administrators about the interconnectedness of the community of users via their postings, page edits, and potentially other identified points of connection (which you can help us identify). This is part of a larger project conducted by our instructor, Dr. Derek Hansen who is studying the Lostpedia community.

We intend to post our visualizations resulting from these interviews and other research activities on the Lostpedia Main Page (via the administrators, of course) by March 19th and hope that the visualizations help make Lostpedia an even stronger community.

My colleague Michael Johns will be conducting these interviews. If you think you might be interested in participating, please respond to this e mail with a couple of good times for Michael to be in touch with you. Most likely these interviews will take place via phone or video chat, but if you live in the DC metro area we would love to arrange an in person meeting. The interview will be between 30 and 45 minutes, and will be focused on questions about your use of Lostpedia.

Hello, I just wanted to let you know that the skin option you currently use, Lostbook, will no longer be available starting this Wednesday Oct 20th. We have recently updated our user interface, which you can learn more about here, and are no longer able to support the Lostbook skin. The Monobook skin, which is very similar to Lostbook, will remain as a personal option. You can move to that look by changing your skin option in your preferences. Please let me know if you have any questions. Best, --Sarah (Help Forum) (blog) 17:58, October 18, 2010 (UTC)

Retrieved from "https://lostpedia.fandom.com/wiki/User_talk:MHLucero?oldid=1106604"
Community content is available under CC BY-NC-ND unless otherwise noted.