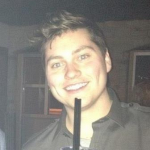 Hey, I think some of your nameing of backgrounders on your page is a bit too far lol. But I do like some of the ideas, like Lisa Gellhorn --Rbfskywalker 08:46, 7 July 2008 (PDT)

I hope you don't mind but I'll start a save the redshirts section on my userpage too and i'll start contacting other users to sign the petition so we could have this petition ended sooner.Plus we need the support from at least 6 SysOps (the total being 11, if 6 take our side then only 5 can't do anything about it). If you hace anything to say or add to this please post it on my talk page.--Orhan94 23:56, 15 June 2008 (PDT)

hm. I find FireFox to be a completely better browser. However, other than that I'm not quite sure what you should do. Perhaps clearing your cache and cookies could possibly help? -- Sam McPherson  T  C  E  03:35, 28 June 2008 (PDT)

I can't recommend switching enough... Firefox or Opera... However, you need to check your security settings in Internet Explorer are set to the defaults, and that you've cleared your cache and cookies completely. If that fails (IE7 i am presuming) goto Tools > Internet Options > Advanced and hit Reset... - Plkrtn  talk  contribs  email  01:54, 30 June 2008 (PDT)

Just make sure whenever you visit Lostpedia you write www.lostpedia.com and do not get lazy and just write lostpedia.com in your URL. See what that does, --Nickb123 (Talk) 05:22, 5 July 2008 (PDT)

Sure, no problem. The Christian Bowman interview will be posted a week from Sunday (the 13th). The Faith Fay interview, however, will be posted next month, on August 17. And perhaps there are other interview opportunities with background cast members, but you'll just have to wait and see where the cards fall. -- Sam McPherson  T  C  E  21:41, 4 July 2008 (PDT)

I have actually tried to find contact details for Dakota L, but I'm unsure if L is an initial or the full last name, and I can't work with that much. Ivana Michelle Smith may be a possibility (I have contact details), and I'll likely contact her in the future. I have also found contact details for Chris Candella. Jim Mazarella and the others cannot be found, but if you have any hints, please let me know. Any other interviews you'd like to see (guest stars, crew, or other people)? -- Sam McPherson  T  C  E  22:08, 4 July 2008 (PDT)

Thanks for the tip. I'll send an email their way shortly. I've contacted Kimberly Joseph's agency, but unfortunately there has been no reply. Contact information has been found for John Terry, and he will be contacted soon. Let's see...Sam and L. Scott are a no-go, unfortunately, as I cannot find any contact details for them either. Any more? -- Sam McPherson  T  C  E  22:30, 4 July 2008 (PDT)

I surport you in this! I think that we need a banner to go on profiles so that we can form a group and strongly promote redshirt articals. I will make one is it is ok with you! --Rbfskywalker 06:01, 12 July 2008 (PDT)

I like what you've done with your page. I'm also a fan of the redshirts, I guess. I've made some of my own and given detailed backstories to many of them. With that, I've made my own side story to the show based on what the redshirts are doing at that time. The link to my "redshirt story" is on my user page. Crash815 05:42, 24 January 2009 (UTC)

Thanks I like your middle section background survivors as well. I have made up a little story for them but their not that exciting. Beth and Wayne are married with 3 children and had traveled to Sydney for their 25th wedding anniversary. Juliette Hoban is Doug's mother and they had traveled to Sydney together for their daughter/sister wedding. Also Marcia Ardito is a surfer, N.D. survivor is a kindergarten teacher and Lisa Carey is a dog breeder. Do u have any backstory for your survivors ? --Ryan76el 07:11, 1 September 2008 (PDT)

I recently visited the Who is That Redshirt forum and I saw what you posted 2 days ago and was interested in this guy, tell me any more you hear of him as to why he was brought on the show all of the sudden. And if he's legit or has sources or something, then create a page? Let me know!--Mistertrouble189 14:50, 16 December 2008 (PST)

Thanks for the Feedback

Yes! I got some feedback from someone who isn't my dad! lol. The list of characters on my user page is just for a visual. The exact background actor/actress that I put for one of my characters isn't necessarily who I watch for when I watch the episode, other than for the background actors who've been named (i.e. Craig, Richard, Jerome, Steve, Doug).
Not too long after season 4 ended, I caught up with the show (leaving about half a year without any writing to do) which is one reason I wrote the Lost Chronicles. Once season 5 drew closer, I decided to post only 1 chapter per week at most. I've got 5 chapters written right now (including the 3 that are posted), but if a few episodes in a row focus off-island, then I'm going to run out of story to tell for my guys. Plus, it gives me a chance to go back and change things if redshirts get killed on the show (like in Jughead). Then I can figure out how to work that in appropriately.
Have you caught up with all of my writing? All of seasons 1-4, the Lost Chronicles, and season 5 (thus far)? Crash815 05:16, 7 February 2009 (UTC)

Hey, I made the Background cast/Ajira Flight 316 survivors page and added some pics. The columns may need some adjusting to and the pic sizes, I tried to make them the same but whatever, they're in the table lol. I got a bunch of pics from Namaste and made all the minis of the people who were close/clear enough in screenshots (you can see them on my userpage). Also check back to Talk:Ajira Airways Flight 316.--Mistertrouble189 01:23, 21 March 2009 (UTC)

Yeah, I'm not really sure on how to make the pics the same size, I just added them to photobucket and tried to make the dimensions the same (like 200px by 200px) and then just put them in the column like "Image:Redshirt|125px" since thats what the size was on the other background cast page, but it didn't come out perfect lol.--Mistertrouble189 19:39, 23 March 2009 (UTC)
Also your table looks pretty good, and you'l; probably end up replacing the one on the current ajira background page right now when you're all done. I'll post any pics I find onto your sandbox talk page. Keep it up! =) --Mistertrouble189 19:46, 23 March 2009 (UTC)

Haha yeah, I just felt that Beth Shady looks like a "Roxanne" haha. Hope we see more of the Ajira folks in the upcoming episodes. And I'm going to declare Rupa dead (if she doesn't show up in future episodes) for my list of Ajira survivors on my page. And can't forget about the Oceanic people! (I messaged Chris Candella on MySpace and he said he wasn't one of the bodies so there's hope! Unless the producers decided to rid all of the 815ers. Boo.--Mistertrouble189 15:38, 24 April 2009 (UTC)

Hey. I noticed in your list of background survivors you have Lisa Gellhorn, but you're missing Elliott Maslow. Just thought I'd mention that. --Crash815 Talk 23:35, 28 April 2009 (UTC)

I just noticed that you forgot to mention that Larry was constantly hitting on Janelle. I don't really know about how you said that Larry was friend with Chris, because Larry would have known that the diary belonged to Janelle and he would have told Chris.


Another nitpick I have (sorry that I'm so critical) is that your second unknown dead tailie should be dead before Donald, because Libby said that Donald would be the fourth to go.


About the main survivors, maybe you should put them on your table, but not put any of the extra info on their part page. Kinda like what you did with Nikki and Paulo.
About Craig's death, yah, it was a tough choice. I have a hard time killing any of my characters (some more than others, lol). I knew Craig was able to die back after the Season 4 Finale when it was possible he was dead already. Basically, his story was pretty much finished. Remember, however, that this is Lost, so the dead pop up all the time. For example, I've had many of my dead characters appear this season: Doug (1/2), Tracy (1/2), Amon (1/2), Nathan (1), Faith (1/2), Richard (1), George (1)

NOTE: Don't read this next part if you haven't read "Heroes"!!!!

The hardest death I've had to write was Larry's because I really like how his character evolved from painfully annoying in Season 1 to so considerate for Janelle that he didn't "make a move" for three years! But I knew I had to kill someone when Chris talked to Alpert, because there had to be tension in that scene. Anyway, sorry for that novel I just wrote. lol. I hope you continue to enjoy my writing. I've got some good stuff to come still this season. A few deaths, a few gun fights, a few tears, lol. --Crash815 Talk 03:18, 2 May 2009 (UTC)

Hey! It's been a long hiatus already hasn't it? Well, to ease myself through this hiatus, I've been writing two sets of Chronicles for my fan fiction, Lost4Ever. The first set of Chronicles, the Boat Chronicles, is already under way. I have three installments posted already. The second set, the Ajira Chronicles, will follow soon after the Boat Chronicles. I hope you'll read them and tell me what you think. --Crash815 Talk 03:54, September 6, 2009 (UTC)

Hey, long time no talk! I just posted this on Background cast/tailies and I'm posting it here because I know you love backgrounders too haha:

I don't know if this is a spoiler but it's more of a rumor or something? Well extra Julia Summo told me that the tailie extras should be returning in Season Six? (kinda obvious, next season is last season so when they gonna explain about their kidnappings hmm?) The following is what she responded when I spoke about her character in The Other 48 Days and if she or any of the redshirt extras would be returning. This is what she had to say:

Wow cool...u actually read of me? im shocked. they are bringing us back dis season but unfortunetly i cannot be back..work too much ;( but im on in a few extra scenes only. i think theyre flashback though..not sure yet. we film next week. i wish i could participate more. kinda lost track of whats hapn on there now. if i find out anything cool..ill surely let u know:)

No problem, the new picture is much clearer! Btw did you get a screenshot of Kathy from LA X? She's right behind Vera Stone as the passengers get off the plane--Mistertrouble189 03:27, February 10, 2010 (UTC)

Just thought you'd wana know; I saw the blonde man (#3), the woman in maroon shirt (#16?) and Nancy (#10) of the tailie background cast, though the woman depicting Nancy is a different black actress, though the wardrobe is identical. Also saw Doug, and ms extras John Ludwig and Beth Merritt.--Mistertrouble189 21:23, April 7, 2010 (UTC)

Retrieved from "https://lostpedia.fandom.com/wiki/User_talk:LostCloverfield42?oldid=821556"
Community content is available under CC BY-NC-ND unless otherwise noted.