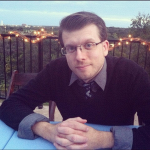 I'm unconvinced: the "para-" prefix does nothing but confuse and obfuscate. "Para-" means "alongside". Keamy's team isn't working alongside a military. They are their own force. I've checked a few dictionaries and can't find any that support the assertion that "military", under any definition, refers strictly to armed forces controlled by a government. (And even if so, what defines a "government" is so wide open to semantic interpretation as to render the limitation untenable. Are only U.N.-recognized governments real governments? Are self-declared governments not governments? If a government has a military coup, who then is the government, the former government that has no control, or the military that is no longer recognized as a legitimate force by the former government? Does a military cease to be a military as soon as it conducts a coup, since it is no longer controlled by a government? If Widmore or Linus consider themselves the leaders of their own super-governmental organizations, are they and their organizations not governments unto themselves? Could the Island or the Kahana be considered its own sovereign territory? etc.) However, plenty of definitions define military along the lines of "of or relating to soldiers, arms, or war" or "relating to, characteristic of, or performed by troops". That's what we're talking about here: the military team as opposed to the science team. Only the latter has been referred to as such on the show, so I suppose this minor controvery will have to persist until Captain Gault or Matthew Abaddon or somebody calls the "military team" what it is. But "paramilitary" is certainly wrong on an etymological basis. Robert K S (talk) 15:50, 6 May 2008 (PDT)

Please do not delete posts on talk pages. These are preserved as a record of discussion. If you feel that a talk page has become too cluttered you may archive it. Use Talk:Main Page as an example. Feel free to contact me if you need help doing this. --Connor401 14:22, 20 May 2008 (PDT)

Hey, Kevrock. I noticed you probably just spent a lot of time doing a tense conversion on "Cabin Fever". You might want to read LP:EMOS#Tense, which specifies present tense be used in episode articles. I haven't always agreed with the use of present tense in episode articles myself, but that seems to be the consensus guidline. BTW, last night's enhanced episodes called Keamy's team the "mercenary team" throughout--more or less obviating our military/paramilitary debate! Cheers, Robert K S (talk) 15:10, 22 May 2008 (PDT)

Thanks for pointing that out. It's a remnant from before the tense policy was solidified. Basically, it's present tense on article pages, past tense everywhere else. (Always present tense on picture captions.) Cheers, Robert K S (talk) 15:20, 22 May 2008 (PDT)

Hi there. I see you've been busy adding the UQ nav to a number of pages. This is useful for pages that need it, but please consider whether all do actually need it. I would suggest that if there are no unanswered questions there already, it probably doesn't need the nav. In fact having the nav on an empty section looks quite bad because it can clutter the article. Making up questions to validate adding the nav may not be so good either. Please read Robert's excellent guide here User:Robert K S/UQ sections. Sometimes, the articles simply don't need an UQ section. Thanks--TechNic|talk|conts 08:29, 24 May 2008 (PDT)

Generally, theory pages do not need unorphaning by additional linking from the article. They all have the "Theories" tab at the top of the page, so they are already linked that way. If they are showing up in Special:Lonelypages, then they should be unorphaned by adding them to to appropriate page from here: Lostpedia:Links to theory pages.--TechNic|talk|conts 08:42, 24 May 2008 (PDT)

Goodspeed is named properly. Thanks for the heads-up on the others. Casualties: Santa deleted all those recently. I thought they had some substance. If you want 'em back, make a case challenging Santa's points over on Talk:Blonde Casualty. Robert K S (talk) 09:28, 11 June 2008 (PDT)

Alright, before you signed up here Lostpedia had the Article Attack Awards. People would nominate pages that needed a cleanup and every week a Sysop would decide on a page to attack. It would then be a competition for the next week to see who could fix the page the best. At the end of the week, a SysOp would give the award for whoever did the best job. But in September 07, due to a small number of active editors and small number of nominated articles AAs were put on hiatus, and still have not yet been restarted. Now the AA page is used to nominate pages in hope that the AA will return, or to just flag pages that need some special attention. I removed Access: Granted because you fixed it, so it no longer needed to be "attacked". --Blueeagleislander 19:19, 12 June 2008 (PDT)

The rewrite of "The Island"

This was a great piece of work!

I had been toying around with some of the sections, but you did much better than I.

I added a pronoun under the Flora and Fauna section that I thought was needed. Neither that nor your later "typo fix" subtracts from the quality of your effort.

I'm back. I was wondering you - or anyone else - thought the location of the barracks should be classified as a caldera (a volcanic crater) rather than just a crater.

It may not be critical to understanding the Island, but....

== bring back the casualties petition ==

After the events that happend with deleting the 5 casualty articles, me and some other users started a petition for bringing those articles back on Lostpedia. If you share our opinion on this matter, please sign the "Save The Redshirts" section on my user page. If you want you could contact other users about this or create a "Save the redshirts" section on your user page, because the goal is to get as many users to sign the petition as possible along with 6 SysOps (Admins). I would appriciate a quick respond and a sign on either my user page or User:LostCloverfield42's page. --Orhan94

Hi Kevrock. I noticed you've been placing links to Lanny Joon's interview page up already. Now, I know that I created the page, and it's my fault for creating it too early, but I would rather the interview page for him not be linked to either the portal or the nav for the time being, because the interview itself will not be posted until July 20 (I'm releasing these interviews at a scheduled pace to stretch them out over the hiatus). Sorry for the confusion. -- Sam McPherson  T  C  E  15:42, 19 June 2008 (PDT)

Dude, I just went off things like the boar page or the chicken page. They're just animals, Vincent is a lil different as a recurring character. If you want, make an animals infobox similar to the characters one, but a little more appropriate in terms of lines (i.e. instead of profession!). --Nickb123 (Talk) 16:21, 1 July 2008 (PDT)

I put the Monster on my personal projects list; that doesn't mean instant action, but it's kinda slow right now.--Jim in Georgia Contribs Talk 11:47, 14 July 2008 (PDT)

Every once in a while I haul out my VHS of "Forbidden Planet" and watch with admiration. the special effects, for the time, were fantastic. I always throught the monster trying to penetrate the spaceship perimeter looked like the MGM lion. I'm gonna have to buy a DVD soon, real soon!--Jim in Georgia Contribs Talk 18:28, 15 July 2008 (PDT)

for the deletion heads-ups. I admit to not understanding Portal:The Project Characters so I'll let somebody else handle the deletion of that one. The others were much more obvious deletes. Robert K S (talk) 18:09, 10 September 2008 (PDT)

I thought it was decided that battles was merged into Conflict, however the four main fights would get their own pages as they were very long. --Nickb123 (Talk) 09:52, 6 October 2008 (PDT)

Thanks for doing that! I think it's fine to leave those redirects alone now.--Blueeagleislander 16:02, 24 November 2008 (PST)

Thanks for telling me... I had forgotten that I had the page... I don't need it anymore, so I am going to add the {{delete}} template... Thanks

Retrieved from "https://lostpedia.fandom.com/wiki/User_talk:Kevrock?oldid=620253"
Community content is available under CC BY-NC-ND unless otherwise noted.