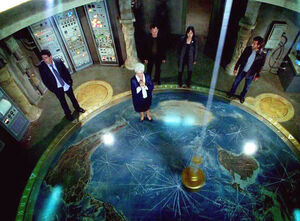 Here I will touch on the science of why the movement of the pendulum was such a clever inclusion. When I first saw how they were finding the Island (through the use of a pendulum and Earth's own gravity), I thought it was brilliant.

The swinging of the pendulum looks random but it is anything but. The actual plane of swing rotates relative to the Earth. 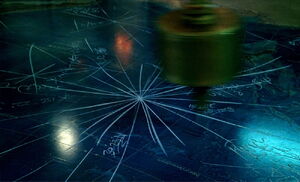