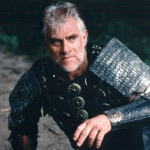 You can't pull off long cons with one name. According to Outlaws:

Turns out Frank Duckett used to be named Frank Sawyer. A name I believe you appropriated for yourself.

In The Brig, he recognizes the name "Tom Sawyer" as that of the man who conned his parents, but he could've just recognized the Sawyer.

Perhaps falsely remembering the Frank name, he incorrectly went by Frank Sawyer. Of course, "Frank" isn't a particularly memorable name, so he just went by his "last name," like others with undesirable first names.

The Others and DHARMA

The percentage of Americans with doctorates is 3%. I'm not sure if that includes JDs (lawyers), although probably since it seems a bit high to me. The percentage amongst Flight 815 seems to be at least double the average, with 4 known doctors out of 71 survivors (~6%).

Of course the science team, the Others, and DHARMA understandably have an inordinate amount of Doctors.

This portal shows the eventual fates of all of the characters whose actors have ever been given a main billing on the cast in order of episode count. That is to say, when the credits roll at the beginning of the show, their name has been included in part of the ensemble of actors that are presented as "Starring" in the show, and not as guest or featured stars.

Retrieved from "https://lostpedia.fandom.com/wiki/User:Tim_Thomason?oldid=918920"
Community content is available under CC BY-NC-ND unless otherwise noted.