What Lost was always REALLY about...

The mysteries? The numbers? The science? The drama?

We watched to find out why the plane crashed. What polar bears were doing on a tropical Island. Why a pillar of smoke stalked and terrorised the survivors. Why injuries healed much faster. Why there was a four-toed statue. Why whispers were heard in the jungle. How a paraplegic could suddenly walk. How cancer could be instantly cured. What the deal was with all the electromagnetism.

These were the canvas on which the epic story of LOST was painted. It is what kept us hooked for 121 episodes. Our heroin.

But to fully understand LOST, we had to become active participants in the story. All of us had to go on the same journey as the characters. We had to become confused and undergo a complete disorientation. 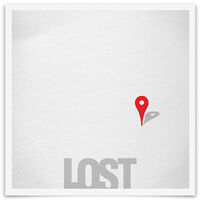 We had to be broken down.

We had to be rebuilt.

We had to become lost.

Indeed as Christian makes clear in his speech, LOST is a relentless examination of the bold claim that human life has meaning only in the context of shared exIstence. For in the end, LOST was always about the people. It's about starting over and finding who we really are. This is why LOST is the greatest story ever told!

Ranked #2
on this wiki