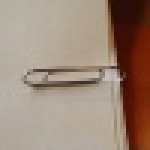 At the end of the 70-ies, DeK was brought into existence on planet Sol-3. He was actually christened Salvatore, but later on Shub-Niggurath, the Black Goat of the Woods with a Thousand Young, appeared to him to tell him his Real Name. Waiting for The Time to come, DeK tried himself at writing short stories, composing music, shooting stupid movies with an handheld camera… But let’s face it. He’s too lazy for this stuff. Now, DeK spends his time pretending to be an Engineering and Information Technology student, while he’s actually enjoying movies, music, books and other stuff you can wiki on. Yeah, islands too.

Retrieved from "https://lostpedia.fandom.com/wiki/User:Dekku?oldid=1030603"
Community content is available under CC BY-NC-ND unless otherwise noted.