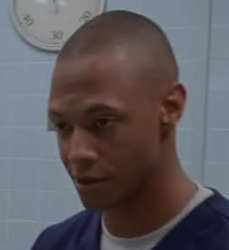 Tony Nagy was an operative of an unknown force who was sent to attack Sayid in St. Sebastian Hospital. He was disguised as a nurse coming to administer medication to Sayid. He pulled out a tranquilizer gun and turned around to shoot Sayid expecting him to be surprised, but Sayid wasn't there and Tony was attacked from behind. Sayid overpowered Tony and found Kate's address in his pocket. Then Sayid shot Tony twice, subduing him. ("The Little Prince")

Retrieved from "https://lostpedia.fandom.com/wiki/Tony_Nagy?oldid=1043575"
Community content is available under CC BY-NC-ND unless otherwise noted.