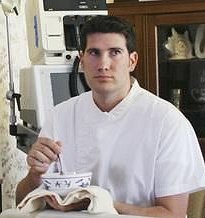 Theresa's nurse was the nurse who, together with Abigail Spencer, cared for Theresa Spencer. The latter had succumbed to the effects of temporal displacement. She was chronically affected and became an invalid, requiring constant home care. When Desmond came to visit Theresa, she was spoon-fed by the nurse. ("Jughead")

Retrieved from "https://lostpedia.fandom.com/wiki/Theresa%27s_nurse?oldid=1095647"
Community content is available under CC BY-NC-ND unless otherwise noted.