"There's No Place Like Home" is an orchestral piece on the Season 4 soundtrack. It originally characterized the Oceanic 6's return to civilization. It later played during further returns, including the Six's return to ths island, on-island reunions and awakenings and reunions after death.

"There's No Place Like Home" and its variations play during the following scenes: 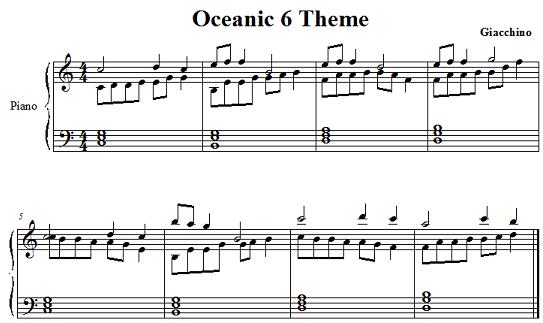 The piece develops the theme from "Life and Death".

"Can't Keep Locke Down", "Can't Kill Keamy", "Closure", "Jumping Jack's Flash", "Karma Has No Price", "Landing Party", "The Last Recruit", "The Long Kiss Goodbye", "Moving On", "Of Mice and Ben", "Our Lady of Perpetual Labor", "SS Lost-tanic", "Together or Not Together" and "Ultrasonic Flash" reuse the theme from "There's No Place Like Home". The LAX theme also develops the theme.

Retrieved from "https://lostpedia.fandom.com/wiki/There%27s_No_Place_Like_Home_(composition)?oldid=1109786"
Community content is available under CC BY-NC-ND unless otherwise noted.