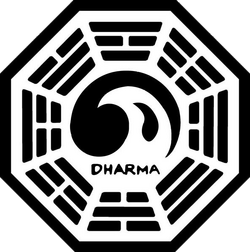 First seen
"The Other Woman"
Last seen
"The Other Woman"
Constructed by
{{{Constructed}}}
Controlled by
{{{Controlled}}}
Connection
{{{Connection}}}
Number
Unknown
Purpose
Chemical weapons research
Status
Disabled by Daniel and Charlotte; abandoned
Discovered by
Daniel & Charlotte (Day 95)
DHARMA Initiative Stations
The Hydra • The Arrow • The Swan
The Flame • The Pearl • The Orchid
The Staff • The Tempest
The Looking Glass • The Lamp Post
[[:Category:{{{Images}}}|Images]]

The Tempest was a DHARMA Initiative station that produced, stored, and distributed a deadly toxic gas. Its location was about a day's walk north of the survivors' beach camp on the western coast. It was used by the Hostiles during the Purge to annihilate the DHARMA Initiative on the Island. It was since disabled by Daniel and Charlotte.

Very little is known about the history of the Tempest, although it was built by the DHARMA Initiative some time between the early 1970s and 1977. ("Namaste") As the station's only apparent purpose appeared to be the manufacture and study of deadly gasses, it may be that the station was constructed in response to the escalating tensions between DHARMA and the Hostiles. ("The Other Woman") Kate described the station to the other survivors as a "poison gas factory." ("Ji Yeon")

The ongoing feud with the DHARMA Initiative reached a critical point when the Hostiles seized control of the Tempest and initiated the Purge. The release of toxic gas on an Island-wide scale killed over 40 members of the DHARMA Initiative. ("The Man Behind the Curtain")

Later, Goodwin was assigned to the Tempest and was treated by Juliet for a burn he sustained while working there. Goodwin claimed the station was a power plant, but Juliet recognized the injury as a chemical burn. While picnicking and swimming on a secluded beach, Goodwin confessed that with a flip of the wrong switch at the Tempest station, he could kill every "man, woman, and child" on the Island. ("The Other Woman")

Daniel Faraday and Charlotte Lewis, two scientists from the Kahana, abruptly left the beach camp and headed for the Tempest without explanation. Suspicious, Jack, Juliet, and Kate followed. Juliet was the first to enter the station after the scientists and, believing their motives to be malicious, tried to stop them, leading to a scuffle with Charlotte. It ultimately became clear, however, that the scientists' purpose was to neutralize the toxic gas at the station, rather than use it themselves. Charlotte claimed that they did this to prevent Ben from using the gas to kill everyone on the Island. It seems likely that they were ordered to do this by Charles Widmore as one of their first steps upon arriving on the Island. ("The Other Woman")

The Tempest consisted of two levels: an upper level, featuring an entrance and main corridor leading to a catwalk; and the lower level chamber, containing the computer systems that controlled the station and several large metal tank like containers. Overall, the station appeared to be cleaner and in a better state of repair than most of the other DHARMA stations.

The exterior of the Tempest appeared to be a large bunker-like structure set into the side of a mountain. A large blast door emblazoned with the station logo served as the main entrance - leading into a central corridor. The corridor was long and dark with flickering lights. Speakers were placed at intervals along the walls. The corridor opened onto a catwalk that overlooked the facility's lower level.

There were two computer systems on the lower level of the station. One system's monitor displayed an interactive process flow diagram with a pressure warning, while the other appeared to control various parts of the chemical process, allowing an operator to issue commands to change the temperature, open and shut valves and vents, etc.

The latter computer also displayed the names of chemicals, such as thionyl chloride, O-ethyl 2-diisopropylaminoethyl methylphosphonite, triethyl phosphite, arsenic trichloride, benzilic acid, and N,N-diisopropyl-2-aminoethane thiol. Some of these are precursors to the nerve agent VX. VX was banned by the UN in 1993, but would have still been accessible to the DHARMA Initiative in the 1970s.

Triethyl phosphite can be reacted in the Michaelis-Arbuzov reaction (with methyl iodide) to yield diethyl methylphosphonate (DEMP). This can then be reacted with thionyl chloride to yield methylphosphonic dichloride. This chemical is only two steps away from Sarin or Soman, two other nerve gases, differing from each other only by their alcohol groups. O-ethyl 2-diisopropylaminoethyl methylphosphonite is used in binary reactions to produce VX. This binary reaction was developed in the 1980s.

Benzilic acid is used to the production of 3-quinuclidinyl benzilate (BZ), an incapacitating agent. BZ's mechanism of toxicity is essentially the opposite of the nerve agents. Arsenic trichloride is used in the production of Lewisite, a world war 1 era blister agent.

The purpose of the station appeared to be the production of many different chemical weapons agents including Sarin, Soman, VX, BZ, and Lewisite. Goodwin may have been working with Lewisite at the time he sustained his chemical burn, as this agent in particular is known for causing severe chemical burns.

The computers seemed to each be different makes and models: one appeared to be a newer computer, while the other was an old Apple II similar to the computer found in the Swan.

For fan theories about these unanswered questions, see: The Tempest/Theories

Retrieved from "https://lostpedia.fandom.com/wiki/The_Tempest?oldid=1116643"
Community content is available under CC BY-NC-ND unless otherwise noted.