Well, looks like you guys kept yourself busy while I was en route to Iceland - a couple of you had the most interesting conversation following yesterday's post. Check it out:

UdonPaul331: I think Rachel is correct about Vigi Benoffski. I am from his home city, Kolobrzeg, in Poland. He teaches at the local University, and I happened to find this memo in my professor’s office:

Roughly translated, this says Benoffski was to appear at a mathematics symposium in Perth, Australia... I checked the dates - they overlap with the SAME DATE he died in that fire in Iceland. How is that possible?

UdonPaul331: So, you think the memo was a cover? For what, though? I guess if you think about it... the letter was typed. Anybody could have written it.

Rachel: Well, there you have it. I knew there was more to this.

This place is gorgeous. Can't help but wish I were here under different circumstances. Course, if Mittelwerk knew I was here because of him, bet he'd say the same thing.

I'm staying in Reykjavik, the capital. Today, I drove down to Vik, at the southern tip of the island, and headed over to the Vik Academy. The local police were there, as well as some reporters... and, of course, who did I see walking the grounds with the Vik Institute's director, Armand Zander?

GidgetGirl had it right. Thomas Werner Mittelwerk is here. And he's brought a few of his goons. (Think one of them's my iron victim?)

Waiting was tough, but once Mittelwerk left, I managed to convince Armand Zander to meet me at a local restaurant for a chat. Yeah, I may have bent the truth a tiny bit about who I am. But, you won't believe the stuff I found out.

Now, before you find and watch the VIDEO buried somewhere on the web, you'd better go ahead and refresh your memory of Zander's LETTER to Mittelwerk...

Because that letter is how I got Zander to talk. 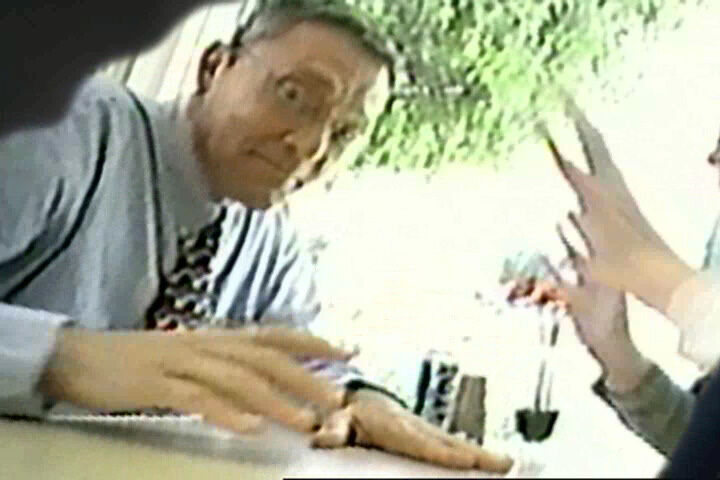 I'm sure you're right there with me in wondering... What have I gotten myself into?

Does anyone else feel like we've just taken a sharp ninety-degree turn?

I don't know what I was expecting, but I guess I was anticipating the words "ship" or "map" or "island" - or geez, ALVAR HANSO - to factor into what's happened at the Vik Institute.

Definitely not an enclave of world-renowned mathematicians.

I've emailed Zander - he seemed pretty spooked at the restaurant, but maybe he'll come around and give us something more to go on.

In the meantime, hit me with your comments. If you have even a CLUE as to why Mittelwerk would have these mathematicians hiding in a mental hospital, running some arcane equation through the brains of a bunch of autistic savants, post about it. And while you're at it - take a stab at the hieroglyphics.

There is a new video [1] buried in www.garytroup.net, which is linked in Rachel's blog.

To find the video, go to www.garytroup.net, click on links, then under "Other" click modem or broadband and download. The file is around 26.6 MB so it may take some time to downloading.

You can watch the video here as well.

The Gary Troup web site no longer has the video link. The source code of the links page shows that the links were commented out, perhaps indicating that they will be re-enabled when the server can handle the increased traffic. Also, a note has been added to the top of the main page, as follows:
A NOTE FROM THE PUBLISHER: We have received many calls and e-mails asking about the recent advertising campaign done by the Hanso Foundation about our recent publication of BAD TWIN. While we can't respond to you individually on this matter, please know that this issue is of great concern to us, and we are investigating what actions we should or shouldn't take in relation to this complaint. Meanwhile, thank you for your attention and consideration.

Also, please note that the alleged "Rachel Blake Iceland 002" post, along with its video, has been proven by Speaker to be a hoax.

Retrieved from "https://lostpedia.fandom.com/wiki/The_Lost_Experience_clues/June_28?oldid=129232"
Community content is available under CC BY-NC-ND unless otherwise noted.