Back to page
View source

Awesome. Simply awesome. Though I would accredit the original Jackface with that bit when he holds Locke up against the wall when the timer is about to reach zero (episode One of Them I think) --Nickb123 (Talk) 12:28, 27 August 2006 (PDT)

I second that "awesome"! If someone could get a capture of the face Jack makes in "Hunting Party" right after Sarah tells him that she's leaving him, that would be even more awesome. Jack gives us the classic "I'm holding back the tears" Jackface. --Scocub 17:08, 27 August 2006 (PDT)

It's true that "Jackface" might be an argument for M. Fox's great range as an actor. Think about some of the really heavy hitters in Hollywood, Nicholson, DeNiro, Pacino. What kind of goofy screen caps could we get of those guys? How about a Nicholson & Fox "Dueling Jackface" page? Then again, maybe that would be better on Jackpedia. I would also like to note that I am not comparing Fox to these other actors I'm just trying to make a point. --Scocub 17:05, 29 August 2006 (PDT)

I love the entry, but don't think it counts as "parody" - I think fanon is a better tag. Parody typically is for made-up stories/theories; this is a commentary on actual faces from the show. --Jajasoon 19:17, 27 August 2006 (PDT)

I was watching White Rabbit yesterday, and in Jack's first flashback as a boy, right before he gets up to help Marc Silverman, there's an awesome Young Jackface. Does anyone have screencaps of this to add here? --Aero*Zeppelin 19:02, 17 September 2006 (PDT)

Reordered it for chronology (thanks for whoever added episodes!) Marik, where did you get your stalkerish one, that's the only one we don't have yet) --PandoraX 20:26, 17 September 2006 (PDT) 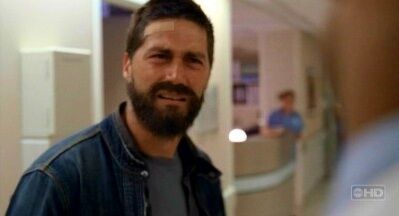 I don't know why it was against fair use, but I looked back in the revisions and got a great laugh out of all those faces. When you see one in an episode, it's funny, but to see them all laid out in a gallery was hillarious, and really makes you appreciate Fox as an actor who can communicate a lot just by his expressions. -- LOSTonthisdarnisland 19:22, 7 April 2008 (PDT)
I disagree with the fair use rejection. Clearly this is critical commentary on the images, which makes it fair use. Gallery restored. --Jajasoon 14:59, 8 June 2009 (UTC)

Well no. Its a critical commentary of his facial poses, which can be clearly be done with text, and the example images as presented on the existing article. -- Plkrtn  talk  contribs  email  10:04, 2 July 2009 (UTC)

Gallery and Fair Use

There is currently a debate whether the gallery of Jackfaces qualifies as fair use. The page has been protected to avoid a revert war. If you have an opinion, please go to Talk:Fair use to discuss. --Jajasoon 03:49, 1 July 2009 (UTC)

" Jackfaces are often ironic considering their context, such as this image of Jack in the midst of a shootout ("The Incident, Parts 1 & 2")"

The "Jackface" shown in this screenshot is not a Jackface. In this case , the fact that he is smiling in the midst of a shootout is normal : Jin just told in to get in the van in order to save him and Sayid...