I don't know who proposed this merger (and merging all the other "flash" character articles with the original articles), but I support it. Separate pages will be way too confusing. This is also being discussed at Talk:Flash-sideways_timeline#Proposal_to_merge_character_articles. -- COMPOSSIBLE  Talk  Contribs  01:43, February 4, 2010 (UTC)

I couldn't disagree more. Just add a new section in each character's page titled "Alt 2004" or whatever. 2 articles per character is ridiculous. LEHLegacy 13:17, February 4, 2010 (UTC)LEHLegacy

I think it's okay to have these articles as we can have extra sections for personal differences in the characters lives because of the alt time. Plus Jack's, Kate's, Sun's and Claire's articles are already too long and have problems with parser function calls a problem that will occur in other character articles soon as the double storylines of Season 6 get written there, unless someone doesn't mind going through their (and also Locke's, Sawyer's, Hurley's, Jin's, Ben's, Juliet's, Desmond's etc.) articles and changing every single {{crossref|XxXX}} template to <small>("[[XxXX]]")</small> links I think having alt articles works fine, from technical and aesthetical perspective. --Orhan94 13:35, February 4, 2010 (UTC)

Definitely merge. These characters are the same people. If they were somehow distinct, the alternate timeline or flash-sideways or whatever you want to call it would be meaningless. Michael Lucero * Talk * Contributions

Are they seperate characters? Yes, they are! They don't share the same personality traits, which we've already seen, and behave and act differently, in different circumstances. Two completely seperate timelines now. This is completely different from having an article called (flashforwards) or (flashbacks) they have their own lives to lead outside of the original time line. -- Plkrtn  talk  contribs  email  22:05, February 4, 2010 (UTC)

The character being presented to us now is one who didn't crash and therefor isn't the same character that we've been watching for the past 5 seasons. I don't think that it should be merged yet, if we find that there isn't enough to sustain a page for alternate Jack then we can merge but there may be enough information availble in the upcomming episodes to justify seperate pages.--WhyDidntUKnow 13:08, February 5, 2010 (UTC)

I am against a merge. It looks like we are going to have a nearly full season of X Universe activity; filling the existing character pages with events that did not happen to them will only foster confusion. Keeping an X article for everyone who appears in the X universe, and having a link between the two versions on each page is the best way to compare and analyze the differences. --BlueBeard 13:51, February 5, 2010 (UTC)

This is a no-brainer. Will we have separate pages for every timeline that comes up in this show? What if there are six timelines? Silly to have different pages for the same characters (they aren't completely different people, they are the same person with the same DNA that look the exact same, in a different timeline.Charles widmore 17:10, February 5, 2010 (UTC)

If the differences are enough (and it seems like we'll get a season full of them) it seems like it'll need its own page. We're talking about the potential for completely different reasons for being on the Island - different family members, different lots of things. Maybe a new tablet would legitimize this most. --Alilamba 17:19, February 5, 2010 (UTC)

This is ridiculous. Jack Shephard is Jack Shephard, no matter how old he is, what time period he may be in, or what alternate reality may be taking place. Merge the articles. Shawn4168 17:48, February 5, 2010 (UTC)

I like the idea of splitting the characters. These characters are clearly not the same... But I think we need to separate the articles in a clearer way. The banner in the top of the article is a great example but it's still hard to separate, maybe change the title? Nha, dunno... We also need a better and clearer way to change a character article from timeline 1 to timeline 2 because I did find it hard to find a way to do so. Emmanrulesit 19:55, February 5, 2010 (UTC)

I think there should be a separate article for the character in the separate X Universe but everyone is voting here on merge or not merge and the banner says delete or keep. I would then be voting keep not delete. The information should be deleted from the character page in the first universe. The vote when i posted this was 6 for merge and 9 for not merge.{{SUBST:User:jdray/autosig}} 21:25, February 5, 2010 (UTC)

The producers themselves have stated that all these characters are still the same people at their core despite the minor differences. Jack is Jack. Kate is Kate. No matter what timeline they're in, they're not different people, so hence it should be in the same article.--Nick40292 17:41, February 6, 2010 (UTC)

Do NOT merge it. Of course they are the same character at core, but the simple fact that their backstories are different changes them. Two stories are being told, therefore, I am in favor on the "two pages" thing. It would be an absolute disaster to add these along with the regular character pages.--Atarada 18:05, February 13, 2010 (UTC)

I agree. There is no reason for there to be two character pages for each person who shows up in a flash-sideways. Just put that information in a new Flash-Sideways section on their main page. --sugarraydodge (UTC)

Is too early to decide to merge or not, is more appropiate to wait until more information will be released--Veracrux 21:51, February 20, 2010 (UTC)

Definately merge. Creating a separate article for Jack in the alternate timeline is almost like creating an article for Jack as a child. The information regarding Jack can easily fit into the main article. Besides, we're kind of making an assumption that this Jack is even necessarily from an alternate timeline to begin with. Usually I wouldn't question something that seems pretty obvious, but Miles's reading of Juliet's message, "it worked," makes me second guess this theory a bit. To give an example, I'll use that underwhelming remake of The Prisoner that aired on A&E a few months back: Throughout the miniseries, the main character, 6/Michael, would have what seemed to be flashbacks of events that occurred before he arrived in the Village. This was significant because although he was aware of there being an entire world outside of the Village, which was unusual because nearly everyone else in the Village simply thought that the Village was all that there was. The nature of these visions are a bit ambiguous at first, we are lead to believe they're flashbacks, while everyone around him is just telling him that they're illusions. Then toward the end of the series we find out that the events in the Village and the so-called "flashbacks" in New York are actually happening concurrently, because, as it turns out, the Village is just some kind of dream world. Now I'm not saying this is the case for Lost, but I don't think we should go making separate character articles for the "counterparts" appearing in these sequences when we aren't even sure of the exact nature of these visions just yet. For all we know, the Jack that appears in these visions is more real than the Jack on the Island. –Nahald 23:53, February 24, 2010 (UTC)

They are the same characters just post-death the 'flash' articles were useful when it was believed to be an alternate timeline but no longer apply. 'Flash' articles should just be a section on the main articles.--Thelamppost 19:10, May 28, 2010 (UTC)

Should we state Sidways Jack appearing in all 6 seasons?

It seems to me that we should only state him as appearing in season 6, as this was not the same Jack Shephard. If it was, it would not have a separate article. This should be the same for all Sideway's characters.

That's an artifact of some confusing design in the Infobox Character template. I'm working on a possible solution. --Pyramidhead 06:47, February 22, 2010 (UTC)

I think there should be a separate article for the character in the separate X Universe so I would vote keep not delete. The information should be deleted from the character page in the first universe.{{SUBST:User:jdray/autosig}} 03:36, February 6, 2010 (UTC)

The Exec Producers have made it clear that this is a different timeline from 1977 onwards. We cannot use one article to account for two seperate steams of history that are so encompassing. There will be massive differences that should be documented separately to keep things clear in an already confusing show. -- Plkrtn  talk  contribs  email  14:32, February 6, 2010 (UTC)

They are different, We have already seen differences in them already The new pages are Great --Mystrios 22:36, February 6, 2010 (UTC)

I've made the case against these pages in numerous other places. Here I'll only say that if we decide to keep them, I will officially be giving up on Lostpedia as a credible and reasonable source. Michael Lucero * Talk * Contributions

If there is a drastic change in the circumstance of each (other than the sunken island) then yes, you would. But as the island is destroyed in this time line, then no. The point is, when the information about a character in that dramatically different, then there is a need for said article for clarity and less confusion. -- Plkrtn  talk  contribs  email  20:01, February 12, 2010 (UTC)

Sorry if this is an inappropriate proposal for a discussion page -- I'm pretty new to wiki editing and not totally clear on editing protocol and etiquette. There are some grammatical problems and awkward syntax throughout the first section of this article (Aboard Flight 815), making for a pretty labored read in my opinion. I'd like to rewrite the Aboard Flight 815 section-- I don't plan to change any of the content (with the exception of possibly adding more detail) but I'd like to try to make it a smoother read. I'm by no means a grammar expert... just someone who appreciates clear writing. Is that alright? Littlecitadel 07:11, February 25, 2010 (UTC)

So, now that we have more material for the sideways, I think we can now have a better picture : 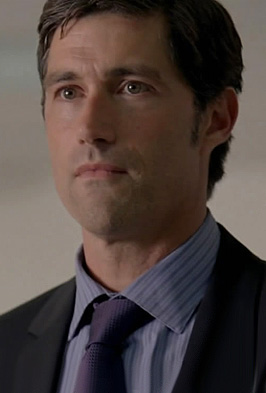 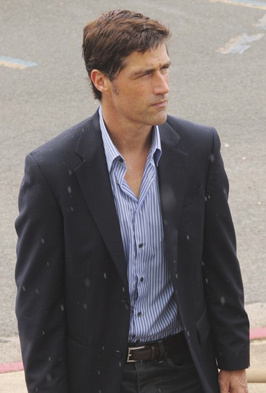 It's more recent, it's not dirty, he doesn't close his eyes, Jack looks great on it... It's a beautiful portrait. But I'm sure there are a tons of other pics from the candidate that look as good. Anything is better than the Lighthouse shot ;) . --Atarada 13:45, May 11, 2010 (UTC)

Retrieved from "https://lostpedia.fandom.com/wiki/Talk:Jack_Shephard_(flash-sideways_timeline)?oldid=906049"
Community content is available under CC BY-NC-ND unless otherwise noted.