I've removed some images from this page after a request from the owner of lostsurvivors.com. Please do not take images from lostsurvivors.com or any Lost image thats connected with the official production without first gaining permission from the site's owner. Where ABC have an understanding and a desire for independent fan sites to flourish to promote the show, other independent sites with their own copyrighted photography do not necessarily want other fan sites to use their images, as they may be a draw for visitors.  Plkrtn  talk  contribs  email  11:58, 6 December 2006 (PST)

As far as a rewrite goes, does this article really need as much information as it has on redshirts? The brief line in the opener is good but I doubt we really need to define what "Background Cast" means, as the title pretty much gives it away. I may be wrong. Opinions?   Hooper   talk    contribs    email   12:14, 19 March 2007 (PDT)

He could also be the Curly-Haired Guy. The fact that his hair appears that it could be both blond and curly is one reason I didn't try to assign him to a specific one of the first three taken. -- JoserKyind 19:27, 19 April 2007 (PDT) 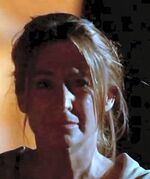 Wouldn't it be good to add DHARMA background characters. I'm sure there would be plenty of good screencaps from "The Man Behind the Curtain".--Phil (talk) 11:30, 18 May 2007 (PDT)

Break this page up

This page needs to be broken up into smaller pages. It's very long and has a lot of pictures. As you can see on the edit tab: "WARNING: This page is 42 kilobytes long; some browsers may have problems editing pages approaching or longer than 32kb. Please consider breaking the page into smaller sections." I propose that we keep the main page to summarize and link to the following pages:

Why is Barbara Vidinha included here? Here appearance was credited, thus not making her an background extra, but rather a guest star (similar to Dale Radomski, Geoff Heise, Jon Sakata and Ivana Michele Smith) —The preceding unsigned comment was added by Pierre80 (talk • contribs) 18:00, 8 February 2008.

Is it just me or does the "Norma" look like Juliette Goodell. I swear that these two people are the same. Please give me your thoughts. LostCloverfield42

I think this page needs to be broken up into smaller pages. It's very long and has a lot of pictures. Maybe into theses pages :

A cleanup tag has been posted to the top of the article. Discussion of this proposal may be made here. 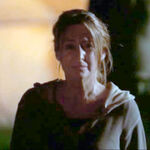 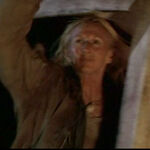 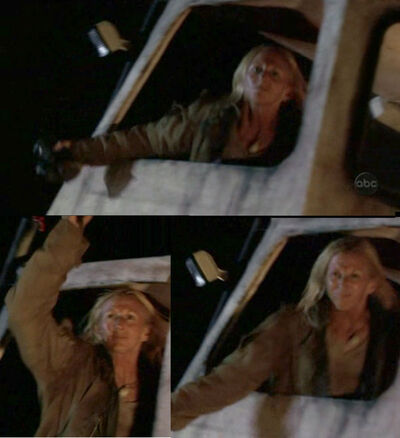 If other editors tentatively agree, please go ahead and add her to the article.

Does anybody know which extras are in the finale? Also who is on the second trip to the Kahana. I saw Chris Candella, Steve Tanizaki, Unknown #1. I think I also see Dustin Watchman on the zodiac raft as well.[3]. I believe that there are more on the raft but I am unable to watch the episode again and have to rely on scree caps from lost-media. I know when they were getting ready to put the raft in the water I saw Chris Candella, Steve Tanizaki, Unknown #1, "Lisa", "EZ", Dustin Watchman, and a new background survivor that we have not seen before.[4]. I can remember seeing "Becky Goodman" as well (although I say that it's not Becky, but Vera H.). Other than that I cannot recall anyother background survivors, but I'm sure that there were. So if anyone has any pics or know who was in the episode can you please tell me, I'd really appreciate it. --LostCloverfield42 23:05, 31 May 2008 (PDT)

Okay well I believe that there are 5 unnamed survivors on the zodiac raft when it was making its second trip to the Kahana.

For anybody that is interested, tables have been created on the Zodiac raft page, for the two trips taken by the Zodiac raft. --LostCloverfield42 22:39, 3 July 2008 (PDT)

Ok I have two quick questions. First of all on the survivors background page where is says current/former, how come there are like four different words there to discribe status? Shouldn't be Current or Former rather than Current, Former, Present, and Previous? And my second question is should we start using the respective discussion pages for new discussions? Like i would post my first question under the Background/ Middle Section Survivors discussion page instead of this one? And shoud we only use this page for general background discussion? --LostCloverfield42 18:08, 6 June 2008 (PDT)

As stated in an above post, what about a background DHARMA page? It seems like there should be one since there's one for survivors, Others, Tailies, and freighties. -- CTS  Talk   Contribs 20:52, 11 June 2008 (PDT)

I took the liberty to creat a new descriptive table for the middle section survivors. My idea was that we could replace the current tables with these new tables. We could keep the link to the old tables as a sort of "Photo Gallery". Here is the new table i created User: LostCloverfield42/sandbox. If everybody likes this table i could creat ones for the other background tables as well. -- LostCloverfield42  Talk  23:12, 6 July 2008 (PDT)

There are actors who are in flashbacks and other off island scenes, it'd be nice to get ones that are known some pages/credit, no? Specifically thinking of Daniel Marks, who I want to set up an actor page for. I've found shots of him in several episodes. Any thoughts on how to handle off-island background cast? Congested 01:50, 24 March 2009 (UTC)

What does this Daniel Marks look like? What episodes/scenes can you see him in? And who are the other people are you talking about? You might post some pics here and then see where it goes from there. -- LostCloverfield42  Talk  19:24, 26 March 2009 (UTC)

I've seen a lot of new ones being made lately, and I'm not sure who's doing it or what the source is. I've been adding the background cast category to them, so they're listed under that, but does anyone know if they're legit or not? --Golden Monkey 23:28, December 19, 2009 (UTC)

Man in Black's Others

I was wondering if anyone was willing to add the Others that have defected to the Man in Black to this list? I mean, we've seen these people in a few different episodes now. I would volunteer to help, but I'm no good at pointing out background cast. But it's always interesting to look at those pages. Thanks. --SethFlight815 00:46, April 4, 2010 (UTC)

Retrieved from "https://lostpedia.fandom.com/wiki/Talk:Background_cast?oldid=815223"
Community content is available under CC BY-NC-ND unless otherwise noted.