I noticed that there are mutplie places to get Appollo Bars in September (By clicking on the US Distribution logo), does anyone have any clue as to what is going to happen at these events?--Diseasefix 13:13, 11 August 2006 (PDT)

Ok i can't get into the site because it goes to the shut-down Hanso page ???? can u guys help me????--man of Faith

Let's try to keep info about the candy bar on that page, and the company here. Otherwise it's just two duplicate pages. --Jajasoon 12:55, 9 August 2006 (PDT)

Has anyone else noticed that in the ad, it says "Not available in stores". THis would fit in with the theory that there is something in the candy bars that they don't want out in the public, although they say "Call to get your free Apollo Candy Bar." Weird... --Marik7772003 09:20, 10 August 2006 (PDT)

They probably give you a free one because they don't the effects it has on people--CaptainInsano
I think the not available in stores is just because its a fake commercial. Someone who doesn't watch lost could be confused if it did not say that. -brianopp 08:29, 11 August 2006 (PDT)
They'll be giving away candy bars in September in US cities... --Jajasoon 13:15, 11 August 2006 (PDT)

Logo/Imprint on the candy bar in the ad

There seems to be some sort of logo or imprint stamped on the unwrapped candy bar, but it's very unclear in the ad. It doesn't seem to be the Apollo logo from the wrapper as is usually the case with a candy bar. The Flash object lets you zoom in really close, but that only serves to make it blurrier. I don't have any sort of graphics enhancing software handy, can anyone pull that into Photoshop or something and try to enhance it? JoeZeppy 10:58, 10 August 2006 (PDT)

The child in the top right hand corner

I think he means left--CaptainInsano 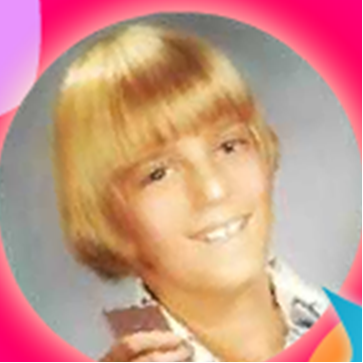 Just incase. I don't do the lost experince so I don't know if you need it.--CaptainInsano

It strongly calls my attention the fact that there is not an article for the site itself. All other TLE sites have got their own article. I could start writing one, but I first wanted to know if there is any reason why someone has not made one yet. Thanks!--Kebirek 14:29, 12 August 2006 (PDT)

Agreed, & I pruned that section. However as of now, almost all the info we have about the company comes from the website, so duplication is unavoidable. I'm sure this will change soon enough... --Jajasoon 05:38, 19 August 2006 (PDT)

Retrieved from "https://lostpedia.fandom.com/wiki/Talk:Apollo_Candy_Company?oldid=319866"
Community content is available under CC BY-NC-ND unless otherwise noted.