See Speakers for the speakers found in the stations and elsewhere

Speaker is the alter-ego of Andy Floyd working with ABC to run InsideTheExperience.com (link), which provides an official commentary on The Lost Experience in the United States. Thus far, what he says seems to be a mixture of speculation and truth; some of what he says about the game could be seen as "canon." His real identity was revealed on The Lost Ninja's blog.

Speaker is depicted as being a bald male whose skin and features have been completely blackened out. His only noticeable feature are his pure white sunglasses. When he mentions his childhood, he refers to himself as "a young silhouette."

Speaker's email address is speaker815 at gmail dot com. It has been confirmed that he responds to emails. However, his responses tend to be either joking in tone or in the form of riddles. He also responds to comments on his blog through "Speaker Notes", usually as a way to deter people from misleading fansites in The Lost Experience. He is arguably the most affable personality/character to come from The Lost Experience.

Speaker has recently reported that he has been locked out of his main insidetheexperience.com website. He is now operating from his Evil Puppet Masters website, as well as still utilizing his "insidetheexperience" account on YouTube [1]. However, on January 3rd, Speaker announced that he was back as a member of the Inside the Experience website[2] and he made a new post on Inside the Experience stating his return. [3]

Connections to the Hanso Foundation

According to his in-game profile, Speaker is a collector. He collects both physical objects and knowledge about the rich and the corporations they head. He claims that his latest obsession is Alvar Hanso and the Hanso Foundation.

It is unclear if there are any connections between these two individuals, but he does have this picture posted at his MySpace profile:

The caption reads: "Stalking my soon-to-be concubine, by Rob"

Speaker has made numerous allusions in his posts and replies. These include:

Speaker has a gift for song parody, which has been reflected of late in his Video Reader Mail editions.

Speaker has been known to leave "special" anagram away messages in his Google Talk browser and in his blog posts at ITE and MySpace. These include:

Specifically from MySpace (the first eight MySpace users to answer correctly make it to his Top 8 listing for a week):

Speaker has profiled a number of Lost Experience fans on his blog, even using the fans to circulate clues.

Someone claiming to be Speaker has been making comments in the main content, as well as the disucssion section of this very article. Speaker has linked to Lostpedia before in his posts, and went out of his way to plug Lostpedia in part 1 of his conversation with Tom (aka Lost Ninja). It is safe to assume that this Lostpedia user "Speaker" is really the true Speaker.

Lostpedia revisions of this article by Speaker:

There are two other official anonymous bloggers working for Lost's broadcast stations in other countries. In Australia, The Lost Ninja works for Channel 7. In the United Kingdom, The Other Girl works for Channel 4.

Although information from all three bloggers are considered marginally Canon, they do not always agree. One of the most infamous points of contention between Speaker and The Lost Ninja was the latter's assertion that Rachel Blake was actually Persephone, before Rachel confirmed the matter herself. Speaker disagreed, and a "Yo Mama" battle ensued. An example of the rivalry between Speaker and The Lost Ninja can be seen in this video by the Lost Ninja. 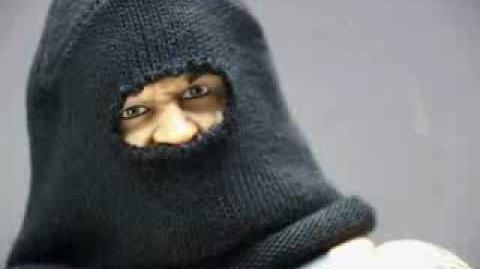