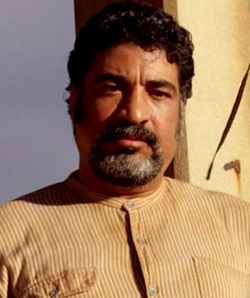 Mr. Jarrah was the father of Sayid and Omer, and he was a soldier in the Iraqi Republican Guard.

Sayid's father ordered a young Omer to kill a chicken in order to prove his maturity. When Sayid killed the chicken in Omer's place, the father mocked Omer and congratulated Sayid for being a man. ("He's Our You")

Tariq told Sayid that his father would be ashamed if he knew that Sayid was helping the Americans, describing him as a "great hero". ("One of Them")

Retrieved from "https://lostpedia.fandom.com/wiki/Sayid%27s_father?oldid=1102678"
Community content is available under CC BY-NC-ND unless otherwise noted.