The Psychology test video was revealed as part of The Lost Experience on June 19, 2006. It is one of several DHARMA Initiative orientation films and was discovered in Shockwave flash format (.swf) within a folder on the Hanso Foundation website. After waiting on the main page for three minutes, a link would quickly appear and disappear to "Orientation Testing Issue 1980". Adding this as a URL produced the correct link: http://www.thehansofoundation.org/orientation_testing_issue_1980/orientation_testing_issue_1980.swf

(right-click, and click "Save As", to help decompile the file so that the correct order of all the stills can be found... see more in the Discussion Page of this article)

A logo appears at the start of the video, directly after the DHARMA Initiative introduction title. Below it appears the video heading "Orientation - Psychology - Test 1 of 1".

The logo corresponds to the standard layout of DHARMA Initiative logos, featuring the octagonal, bagua border with an insignia in the center.

A short time after the DHARMA logo video heading has faded to black, the video presents a rapid montage of photographic stills. In all, the video displays 115 still images and the whole sequence is then repeated.

A very large version of almost all of the stills (in order) can be seen on Antiuser.org (deleted/changed, but Archive.org still has it) (caution: very large file - 5858 KB).

At the end of the video, a notice states that it is copyright "The Hanso Foundation, 1980 All Rights Reserved". 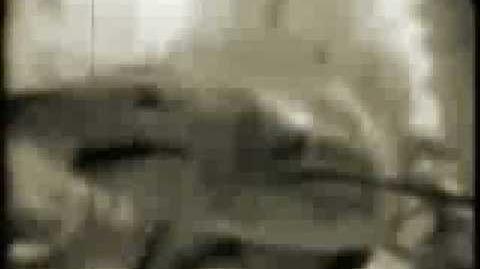 After the end of the video, the file contained a message (appearing to have been typed in real time when recorded). It appears likely to have been hacked into the file by Persephone.

On August 30, a glyph was found in a montage with many duplicate images from this test video.