"Lighthouse"
"The Last Recruit"
"The Candidate"

"Peculiar Parenting"is a piece on the season 6 soundtrack. It serves as Jack's flash sideways theme.

Margo tells Jack that Christian's funeral affected David. This surprises him, and the two talk about how David may fear Jack just as Jack feared his own father.

She discovers Christian's will and mentions a name she sees there - "Claire Littleton".

On the island, Claire drops instruments in water to crudely sterilize them. Justin asks Jin to free him so he can kill her and save them from her. But Claire approaches before the conversation can continue. She treats Jin's wound and mentions her adventures avoiding the Others. She explains that her father and her friend told her the Others have Aaron. Then she turns to Justin, axe in hand.

"Peculiar Parenting" and its variations play during the following scenes. 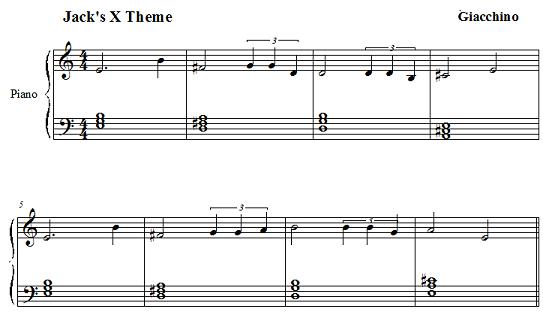 The theme reappears in "Sub-Primed".

Besides its own theme, the piece includes Claire's motif and the Others' main motif.

Retrieved from "https://lostpedia.fandom.com/wiki/Peculiar_Parenting?oldid=1109839"
Community content is available under CC BY-NC-ND unless otherwise noted.