Start a Wiki
Other 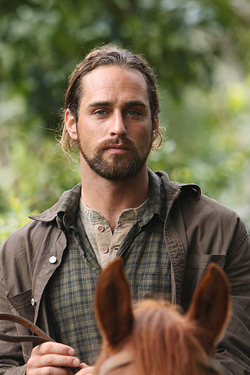 In 1977, after Daniel Faraday was killed by his mother Eloise Hawking, this unnamed Other was seen riding a horse and coming back to the camp along with his leader Charles Widmore. They found Jack and Kate peeking at their camp, so they attacked and captured them. Widmore hit Jack with his rifle, while this other pointed his rifle at Kate and asked her to stop moving.

Retrieved from "https://lostpedia.fandom.com/wiki/Other_(Follow_the_Leader)?oldid=1115815"
Community content is available under CC BY-NC-ND unless otherwise noted.