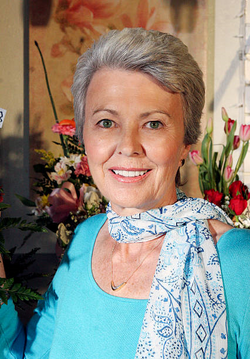 Mrs. Talbot was one of Anthony Cooper's con victims, whom he planned to marry and run off with a considerable chunk of her fortune. After her son Peter caught onto Anthony's plans, he asked Cooper's son, John Locke to assist him in convincing Anthony to leave her and leave town.

After Peter's death (a suspected murder, possibly at the hands of Anthony Cooper), Locke confronted Cooper, who claimed Mrs. Talbot had called off the wedding due to distress over the event. But when Locke called his bluff and threatened to call her, Cooper pushed him out of a window and fled the country.

Retrieved from "https://lostpedia.fandom.com/wiki/Mrs._Talbot?oldid=1115817"
Community content is available under CC BY-NC-ND unless otherwise noted.