In the scene, a football player depicted by actor Anthony Anderson (Scary Movie 3, Big Momma's House), is walking in an airport jetway toward his plane while observing a few other passengers fleeing the other way. Upon entering the plane he stops short as he sees the cast of Lost, and it occurs to him that his plane might be doomed. 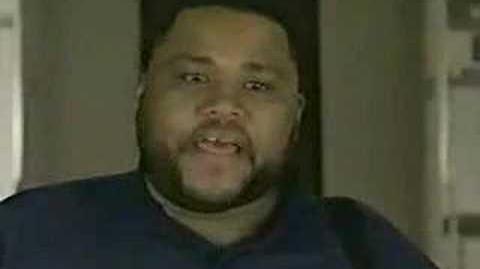