For other uses, see Mirrors (disambiguation). 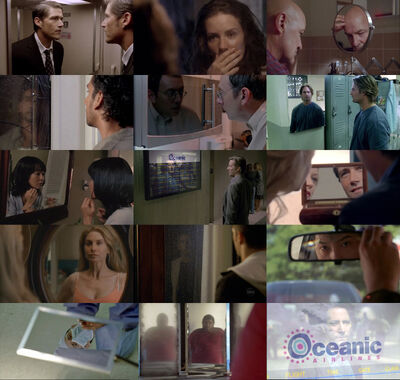 Main characters in the flash sideways frequently confronted themselves in mirrors or reflective surfaces. According to Jack Bender, these scenes showed the characters figuratively and literally "confronting their images and the reflections of themselves." The visual metaphor expressed the flash sideways' theme of introspection, and also represented how the flash sideways showed "what you wish for or what you're scared of." (Lost: The Complete Sixth Season (DVD))