For other meanings of "Mike" or "Michael", see Michael (disambiguation). 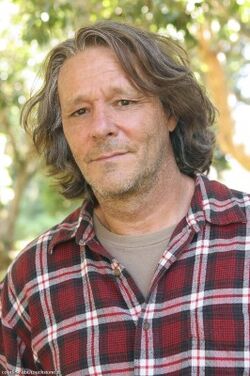 Mike appeared during Locke's flashbacks in "Further Instructions". He and his partner Jan were leaders of a marijuana-growing commune that Locke joined. At first, Mike appeared warm and kind. But after Eddie, a hitchhiker brought to the commune by Locke, was revealed to be an undercover police officer, he showed a much harsher side. He was ready to leave the commune forever, and when Locke insisted he could fix the situation, Mike questioned his ability to do so pointedly.

Retrieved from "https://lostpedia.fandom.com/wiki/Mike_(Further_Instructions)?oldid=1095284"
Community content is available under CC BY-NC-ND unless otherwise noted.