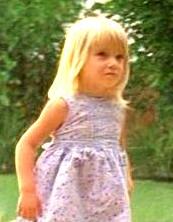 Megan Pace is the daughter of Liam and Karen Pace. She is Charlie's niece.

Liam did not witness her birth, as he was out getting a heroin fix. Charlie saw her in the hospital soon after her birth in England. Megan was named after her grandmother.

The responsibility of caring for Megan was the reason Liam changed his life of music and drug abuse after pursuing her and Karen in Australia.

Retrieved from "https://lostpedia.fandom.com/wiki/Megan_Pace_(child)?oldid=1115716"
Community content is available under CC BY-NC-ND unless otherwise noted.