Start a Wiki
"Make Your Own Kind Of Music" 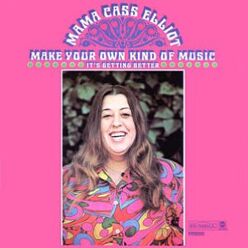 "Make Your Own Kind Of Music", by "Mama" Cass Elliot, is a song featured in several scenes on Lost.

"Mama" Cass Elliot, who recorded "Make Your Own Kind of Music", also recorded "It's Getting Better", the song playing in the car when Michael tried (and failed) to kill himself in "Meet Kevin Johnson."

"Make Your Own Kind of Music" was also the name of a short-lived musical television series starring The Carpenters and airing for eight weeks on NBC in the fall of 1971 [1]. The first episode (airing on July 20th) featured musician Herb Alpert introducing the letter "A" as part of a Sesame Street-inspired alphabet run[2]. Combined with the first name of the starring duo's male half, Richard Carpenter, it coincidentally forms the name of The Island's long-time inhabitant and key-member of The Others, Richard Alpert. Damon Lindelof has previously stated the character was named after a famous person.[3]

Retrieved from "https://lostpedia.fandom.com/wiki/Make_Your_Own_Kind_of_Music?oldid=1110031"
Community content is available under CC BY-NC-ND unless otherwise noted.