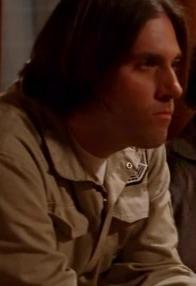 Lowell was a member of the DHARMA Initiative's security team. He was one of the crew of the Arrow Orientation film. ("Because You Left") He presented at the meeting to vote on Sayid's execution. ("He's Our You") He was also present at the Barracks during the shootout between DHARMA and Jack. ("The Incident, Part 1")

Retrieved from "https://lostpedia.fandom.com/wiki/Lowell?oldid=1115967"
Community content is available under CC BY-NC-ND unless otherwise noted.