Lost: The Untold is a program on the UK Channel 4 website devoted to Lost. It includes flash videos about events that have occurred in the main characters lives (flashbacks covered in Season 1), as well as interesting images and videos. However, it has been dubbed 'deuterocanon' by the Lost community.

The website was actually nominated for a prestiguous British Academy of Film and Television Award (BAFTA) under the category "Television and Craft - New Media Developer". The nominated individuals for the site are Janine Smith, Mark Limb and Tracy Blacher, with the companies Channel 4 and Hi-ReS! [1].

Our first collaboration with Channel 4 was for the UK launch of ABC's hit series LOST. As we didn't want to give away the plot, we created a 6-week long episodic online narrative which aimed to explore the elements that you don't see on the island: the characters' dreams and their unconscious and the reality they left behind. Channel 4 supported the site with a dedicated phoneline you could call to retrieve weekly clues and passwords for the site and even got their news team to produce a fake news report for us.

The site has many images which have information that other officially-affiliated US websites do not.

The manifest shows a number of the main characters of LOST and lists their seat positions. However, some of the seat numbers have been disputed by other information given in the show itself. In addition, some names are spelled wrong ("Austin Kate" instead of "Austen") or incomplete ("Lucia Anna" instead of "Cortez Ana Lucia").

This letter details a report by the FAA into the crash of Flight 815, giving us the times when radio and radar contact was lost with the plane. The text on the page begins to be blotched out, and eventually all that is left is the words '48 are left here'.

This appears to be a picture of a desk with a letter, cup and a map of Fiji with an X in the ocean. This could be interpreted as where the FAA supposedly believe Flight 815 crashed, though obviously this cannot be construed as canon. The rest of the report is largely reiterating previous facts, and space is available to enter a user and email to obtain information about the program.

As well as pictures, there are a number of fake news reports on the Untold program which add to the uniqueness of the site.

When clicking 'I am new to this' on the site, a video begins showing the plane experiencing turbulence and showing Jack with an oxygen mask on. Videos then begin to play of fictional newcsasters talking about the crash. Newcaster 1 has the tag Tom Stevenson BBD7 (perhaps imitating the BBC, another prominent UK television channel, but the logo for the channel is in the style of ABC 7). Newscaster 2 is apparently from CCI News which broadcasts 'LIVE.' Finally, newscaster 3 seems to be from 'Earth News'(With a logo similar to Sky News').

Newscaster 1: Oceanic Airlines Flight 815, from Sydney heading to LA appears to have disappeared from the radar.

Newscaster 2: The FAA has released information that the flight may have changed course half way through and was headed to Fiji.

Newscaster 3: Oceanic Flight 815, the case that has now been dubbed the Fiji Triangle Mystery.

Perhaps the most interesting newscast is one hidden on John Locke's Untold page, where one can access his work computer (which has a postit sticker on saying 'on vacation'). On the computer desktop, a video can be played which actually features a well-known Channel 4 News presenter in the UK, Krishnan Guru-Murthy, which adds the sensation of reality.

Guru-Murthy: We’ve just received news that Oceanic Airlines Flight 815 traveling from Sydney to Los Angeles has disappeared from radar over the Pacific. Air-traffic control received no warning or irregular communications from the crew, and a search-and-rescue operation has not yet recovered any information. Oceanic Airlines will shortly be releasing a statement and contact number for concerned friends and relatives. We’ll have more news, as we get it. 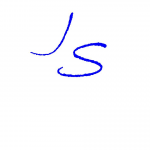