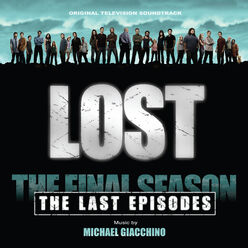 Lost: The Last Episodes (Original Television Soundtrack) was officially released on October 11, 2010. It is a two-disc album featuring over two hours of music and will be limited to 5000 copies. [1] It covers the music of the show's final four episodes, with Disc 2 consisting entirely of music from the series finale.

Retrieved from "https://lostpedia.fandom.com/wiki/Lost:_The_Last_Episodes_(Original_Television_Soundtrack)?oldid=994766"
Community content is available under CC BY-NC-ND unless otherwise noted.