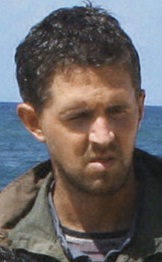 Lacombe was one of the members of the science expedition that arrived to the Island on a life raft in a storm in 1988. He was depicted unloading equipment from the life raft, including Montand's dripping violin case. ("The Little Prince")

As he, his team, and Jin were going to the radio tower, Nadine disappeared, and Robert told him and Brennan to search for her. When the Monster attacked Montand he ran out with the team to help him. Along with Robert and Brennan, he went inside the mysterious ruins. ("This Place Is Death")

He was found dead on the beach next to Brennan, having been shot in the head by Danielle after being "changed" by the Smoke monster. ("This Place Is Death")

The name "Lacombe" was number 2 on Jacob's list of candidates.

Retrieved from "https://lostpedia.fandom.com/wiki/Lacombe?oldid=1105970"
Community content is available under CC BY-NC-ND unless otherwise noted.