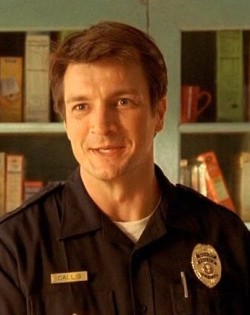 Kevin Callis is a Miami-Dade police officer who married Kate. They lived together for roughly six months.

Kevin grew up in Florida and was a regular church-goer. He had three brothers and lived with his unnamed father, and Suzanne, his mother. ("I Do")

Kate began her relationship with Kevin sometime after she became a fugitive. She made a concerted effort to hide her past from him, even going as far as to claim her name was Monica.

Despite this deception, it was shown that Kate loved Kevin and wanted to make an effort to settle down. Kate knew she couldn't stay with him if she remained a fugitive, so she contacted U.S. Marshal Edward Mars in an effort to end his pursuit of her. Mars appeared receptive, but he wanted Kate to promise to stop running, something he then said Kate would never do.

Kevin arranged a vacation to Costa Rica six months into their marriage, as he and Kate had not gone on their honeymoon after their wedding. This trip would require a passport for "Monica", something Kate did not have. This, combined with a recently failed pregnancy test, offered Kate the opportunity to run again. She decided to drug Kevin after confessing to him her true identity and her crime, and tearfully left him after he passed out.

His mother, Suzanne, gave Kate a locket just before the wedding. Before she left him, Kate gave Kevin the locket back. ("I Do")

For fan theories about these unanswered questions, see: Kevin Callis/Theories

Retrieved from "https://lostpedia.fandom.com/wiki/Kevin_Callis?oldid=1113907"
Community content is available under CC BY-NC-ND unless otherwise noted.