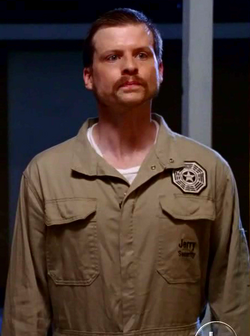 Jerry and Phil rush to the head of security's house, where they inform him of the situation. ("LaFleur")

Retrieved from "https://lostpedia.fandom.com/wiki/Jerry?oldid=552387"
Community content is available under CC BY-NC-ND unless otherwise noted.