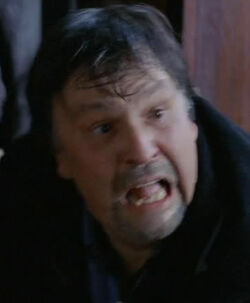 Ivan Andropov was a Russian man allegedly working for Charles Widmore who was assassinated by Sayid Jarrah.

Andropov was chased down by Sayid under the orders of Benjamin Linus, who led Sayid to believe that Andropov was directly related to the death of Sayid's wife Nadia and was a danger to the Oceanic Six. Sayid cornered Andropov at his house in Moscow, Russia. Though Andropov offered Sayid a large bribe in exchange for his life, Sayid shot him anyway.

Afterward, Ben informed Sayid that Andropov was the last of his targets, and that he no longer needed Sayid to work for him as an assassin. ("He's Our You")

For fan theories about these unanswered questions, see: Ivan Andropov/Theories

Retrieved from "https://lostpedia.fandom.com/wiki/Ivan_Andropov?oldid=1106563"
Community content is available under CC BY-NC-ND unless otherwise noted.