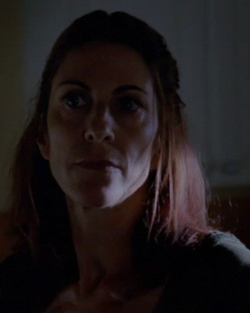 Heather was a member of the DHARMA Initiative. In 1974, she inhabited a house at the Barracks. When a security alarm rang out over the camp, Phil rushed into her house, bringing with him Sawyer, Juliet, Jin, Miles, and Daniel. He asked Heather, who was armed with a rifle and kept watch out her kitchen window, to "keep an eye on them". ("LaFleur")

She may have been killed along with other members of the DHARMA Initiative in the Purge, or she may have been evacuated off the island sometime between 1977 and The Purge.

Retrieved from "https://lostpedia.fandom.com/wiki/Heather?oldid=1106106"
Community content is available under CC BY-NC-ND unless otherwise noted.