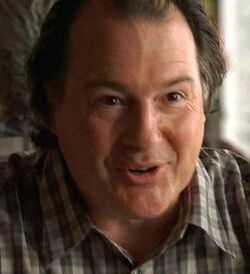 Gordy was Sawyer's partner and Sawyer was indebted to him. He was having Sawyer perform a "long con" on Cassidy. He threatened to kill Sawyer if he didn't go through with the con on her. ("The Long Con")

Retrieved from "https://lostpedia.fandom.com/wiki/Gordy?oldid=1095335"
Community content is available under CC BY-NC-ND unless otherwise noted.