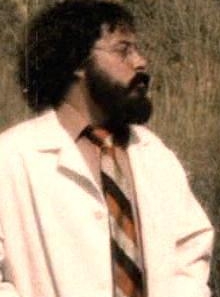 Gerald DeGroot is the co-founder of the DHARMA Initiative, with his wife Karen DeGroot.

Before the DHARMA Initiative

When Gerald was eight, Alvar Hanso stayed with his family while attending the University of Michigan (located in Ann Arbor, MI) as a foreign exchange student. Alvar bonded with the DeGroots, particularly Gerald, and stayed in contact with them over the years. Later, Gerald, and his future wife Karen, attended the University of Michigan as well, and were both doctoral candidates there. (Pearl Orientation video) When Gerald was a graduate student, he contacted Alvar, asking for funding for his and Karen's new project, the DHARMA Initiative. (Mysteries of the Universe)

In 1970, Gerald and Karen DeGroot founded the DHARMA Initiative. It was financially backed by Danish industrialist and munitions magnate Alvar Hanso and his Hanso Foundation. The stated purpose of the Initiative was to create "a large-scale communal research compound where scientists and free-thinkers from around the globe could pursue research in meteorology, psychology, parapsychology, zoology, and electromagnetism."

After the DHARMA Initiative

According to Thomas Mittlewerk, the DHARMA Initiative "failed". The whereabouts of this couple are unknown today, but many theories have surfaced.

Retrieved from "https://lostpedia.fandom.com/wiki/Gerald_DeGroot?oldid=1114230"
Community content is available under CC BY-NC-ND unless otherwise noted.