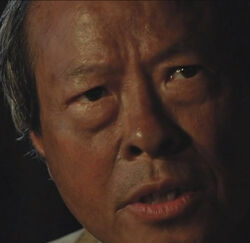 Efren Salonga is the doctor who delivered Charlie Hume, son of Desmond and Penny. Desmond found him, quite engaged in gambling at cards on an island in the Philippines, and took him to their sailboat to Penelope, who was already in labor. Using only forceps, Salonga delivered Charlie Hume. ("Jughead")

He later appeared in Desmond's vision, holding Charlie Hume to Penny in the afterlife. ("Happily Ever After")

Retrieved from "https://lostpedia.fandom.com/wiki/Efren_Salonga?oldid=1113539"
Community content is available under CC BY-NC-ND unless otherwise noted.