An Easter egg is hidden content intentionally inserted by the creators. With respect to Lost, such content may be:

The actual term Easter egg derives from the traditional Easter egg hunt, a Western holiday tradition where children search for Easter eggs which have been hidden outdoors. An Easter egg in the figurative sense is hidden content that creators of certain media, have decided to place within their creations, for reasons that may be personal, novelty, or in the case of DVDs, marketing reasons.

Tito
Add a photo to this gallery

Widmore Pregnancy Test
Add a photo to this gallery 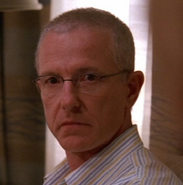 Flash-forward
Add a photo to this gallery

4x12:"There's No Place Like Home, Part 1" This was later revealed to be a significant part of the plot. 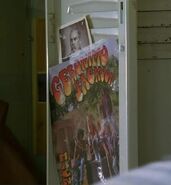 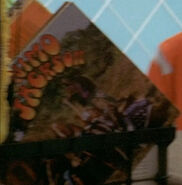 Geronimo Jackson record
Add a photo to this gallery

All four Complete DVD box sets contain Easter eggs. These are viewed either by watching certain menu backgrounds for long enough or finding hidden menu options with your DVD controller. The majority of eggs are bloopers, behind the scenes footage or novelty items.

Beam of light
Add a photo to this gallery

Between July 2006 and August 2007 a series of Lost themed jigsaw puzzles were released. Although seemingly each one a 1000 piece puzzle based on a particular theme, each puzzle when completed holds several secret messages when viewed in the dark. Gregg Nations, part of the Lost production and writing team, has cited information gained from the Easter eggs in this series of puzzles as canon[4].

Retrieved from "https://lostpedia.fandom.com/wiki/Easter_egg?oldid=656594"
Community content is available under CC BY-NC-ND unless otherwise noted.