Dharma Special Access (DSA) is a website where Dharma recruits from "the Project" can watch exclusive new information about Lost. The site, Dharmaspecialaccess.com, was established in November 2008 to replace the Dharma Initiative Recruiting Project. It is hosted by Damon Lindelof and Carlton Cuse on behalf of ABC, and feature exclusive content relating to Lost and Season 5. The videos are released on ABC.com two days later. The site has the same color scheme as DharmaWantsYou.com and a countdown to public access to the videos.

Damon and Carlton have sent nine e-mails so far to recruits, detailing the content on Dharmaspecialaccess.com. 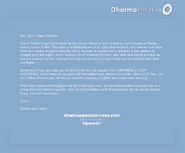 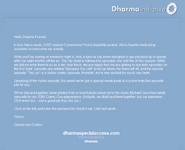 EmbedVideo received the bad id "y6fC3hxJRPY&NR=1" for the service "youtube".

Recruits also received other exclusives, such as: